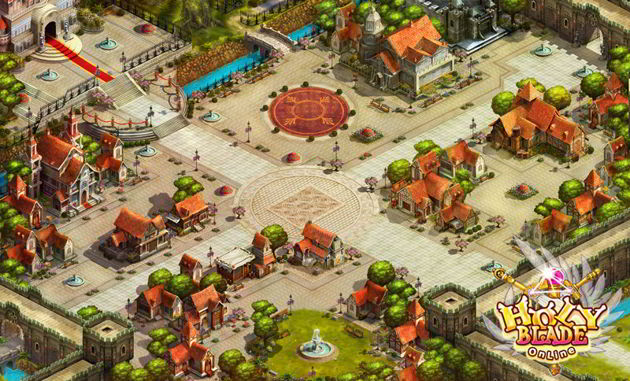 PopPace today announced the beginning of the open beta period for their first self-developed MMORPG, Holy Blade Online. The open beta will begin later today, February 18th at  20:00 PM GMT. The developers boast that Holy Blade Online was developed using a cutting-edge game engine that delivers a variety of impressive features including a detailed fashion system, an extensive selection of pet options and a huge variety of challenging dungeons.

The celebrate the release of the Holy Blade Online open beta the developers have promised a series of exciting events, outlined below:

Event One: Gifts for Amethyst Purchasers
Purchasing the premium Amethyst currency will reward players with additional gifts during the open beta period.

Event Two: Awesome Packs
To aid players on their progress during the early levels of Holy Blade Online PopPace have released a number of discounted packages in the item mall.

Event Three: Demons’ Invasion
Every night at 9:00PM bosses from Lava Fields, Miasma Mine and the Northern Fields will invade Isabel City, prompting a call to arms from every player on the server.

Event Four: Star Soul Exchange
Monsters over level 30 have a random chance to drop Star Souls that can be exchanged for a huge variety of different items on a daily basis.

For more information on the open beta or to experience Holy Blade Online for yourself, visit the official website.