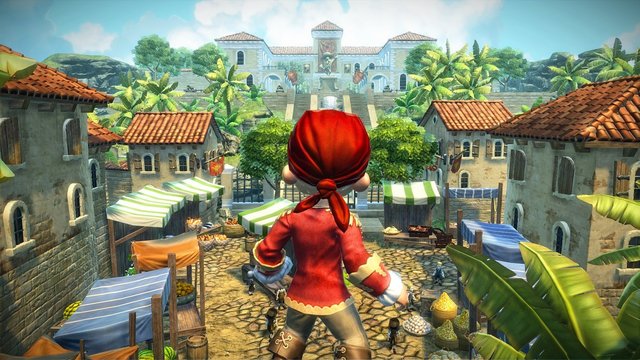 As seen on Todays Daily XP Video!
Square Enix recently announced a brand new free trial for the newly launched Creators Club Membership program for their innovative MMO title, Gameglobe. The Creators Club Membership program offers players the opportunity to sign up to gain full access to the impressive Gameglobe catalog that includes over 2,500 items, with more being released on a regular basis. Game supporters that decide to purchase this optional subscription will also be given early access to the multiplayer closed beta event.

Gameglobe is arguably one of the most exciting attempts at an MMO game in years. Not only does it offer the progression, depth and combat style of the MMORPG genre but it does so with the best game editor ever seen in a free-to-play MMO. Players can create an entire game world of their liking, adding everything from quests and NPC’s to epic boss battles and awesome loot.

The community have already created over 16,000 different levels and up to 250 are being added on a daily basis. The easy access and intuitive controls make it easy for anyone to create their own game world but the depth and variation of features also allow people to creating truly engaging projects.

Check out the latest trailer below and if you want to play Gameglobe, click here.