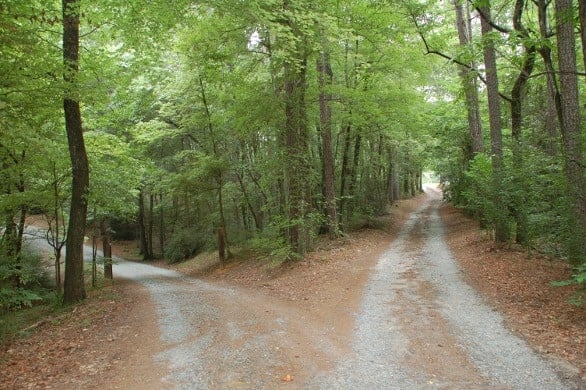 I’ve been playing a lot of Dark Souls lately, and it’s gotten me thinking about game design. More specifically, it’s gotten me musing about the linearity that’s been cropping up so frequently in modern titles, and the question of openness. How open is too open? How much control should the developer exert over the player? When does a game cross the line and become too linear, too rigid?

You see, virtually every game incorporates a certain degree of linearity. Even titles such as Skyrim, which pride themselves on their open-world nature feature barricades: places where players can’t go, things they can’t do, plot-lines they have to follow if they want to see them through to completion. It’s a natural element of video game design: a truly open, truly free-form title is a massive undertaking, one which is nigh impossible with present technology.

There are two reasons for this. The first is that it’s an inherent failing of the medium: one simply cannot account for every action a player might take, every choice they might make. There will always be something unexpected. Eventually, the developer has to draw the line regarding what choices can be made. The second reason is that in order to have some semblance of plot, some semblance of narrative, there needs to be some sort of structure to a title. There needs to be walls, boundaries and guide-rails.

The trick lies in incorporating these elements without them feeling restrictive to the player. It lies in nudging the player along a specific path without them realizing they’re being influenced or controlled. It’s about maintaining the illusion of openness in a medium which by design cannot be truly open. Where that illusion falls away, players begin to experience a disconnect.

Let’s take the example of Dark Souls. While  the game is reasonably open in what the player can do, nevertheless prevents players from going down certain roads at certain points. You can’t go to Anor Londo, for example, until you’ve rang both Bells of Awakening, you can’t access The Kiln of the First Flame until you’ve defeated several of the title’s penultimate bosses. You also can’t leave Lordran. All of these boundaries are presented in a fashion that doesn’t directly interfere with gameplay. They appear to the player as a series of branching pathways rather than a single, unyielding railroad.

By contrast, I’d like to take a look at Skyrim. There’s a quest in that game where you meet a child, the son of a Jarl, who happens to be possessed by a Daedra. Your choices are thus: you can either ignore the entire quest, or do exactly as the Daedra says. There’s no option to inform the boy’s father, no option to try to find a cleric to exorcise the creature…you literally cannot do anything except obey or walk away.

Note that I haven’t really addressed titles which are linear by design here. There’s nothing wrong with such games, after all. Sometimes, the narrative structure of the game is such that the story is best told through a simple “point A to point B” format. Platformers, certain story driven titles and many games which attempt to capture an old-school feel. In that case, it’s something to be embrace.

In closing, ‘Linearity’ needn’t be a dirty word. A certain degree of control is necessary in gaming. The key lies in how well this control is implemented – and where. In an open-world title; if it’s incorporated in a skillful, subtle fashion, people will cheerfully play through either without realizing they’re at the behest of a puppet master – or, in the event they’re playing a tightly structured game, simple accept and enjoy it for what it is.