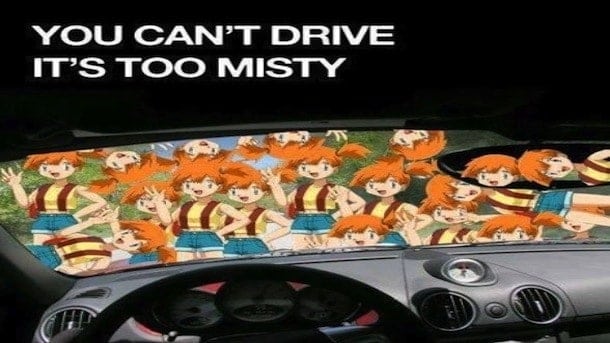 Every week MMO ATK takes a look at why the heck Nintendo would want to delay making a Pokemon MMORPG. No matter what topic is being discussed, the conclusion always seems to be the same. Pokemon needs to be made in to an MMORPG right now.

Last week I left off covering how Pokemon Rangers would work in an MMO universe. After discussing many character paths from breeding to organized crime, there is obvious room for innovation when it comes to pokemon professions. A player can enjoy the career they want on the brightest and darkest of days. That imagery actually brings us to the next topic in this series; the weather effects in an MMO gaming.

Fans of the Pokemon series should be aware of the many weather conditions that effect gameplay. Sandstorms and hail are known for buffeting your team throughout battle. Electric moves are known to do more damage when it?s raining. Some pokemon even have moves and passive abilities that relate to the weather. Pokemon with Swift Swim can move twice as fast when it is raining; and creatures using Solarbeam can avoid that pesky charging phase if it?s a sunny day.

Nintendo would actually be forced to put weather effects into their MMO because of the many move sets already built around it. There is also an inescapable problem which I like to call the ?Castform Clause?. The pokemon Castform has a very literal name in that he takes form based on the weather forecast. The mere existence of the Castform demands for weather changes in an MMO setting.

Including weather and time changes will actually help balance a massive game with hundreds of obtainable creatures. Just like the handheld series, players should only expect to see Mareep roaming around during the daytime. Hoothoot on the other hand won?t be perched and available until after dark. I even mentioned Castform changing based on the weather, which means we shouldn?t forget the pokemon Sawsbuck who actually goes through direct seasonal changes.

This is the perfect opportunity for Nintendo to emphasize the true animalistic nature of pokemon in the wild. Random events like excessive cloudiness could force Mareep into hiding, making it temporarily difficult for players to catch the balls of fluff. Maybe the electric sheep disappear during thunderstorms because they are more susceptible to being struck by lightning. The point is that pokemon in the game would finally have personalities, just like they do in the television show.

There is endless potential in introducing wilderness related events; such as Pidgey migrating to warmer zones during the winter. Storyline and random events could even provide unique pokemon that are exclusive to where and how they were caught. Let?s say players have to put out a forest fire that started on a hot sunny day, all to save the lives of innocent grass pokemon. For a limited time after that event, maybe grass pokemon in that area have a unique fire resistance that grass pokemon in other zones don?t.

You get the point by now. Weather is important in the Pokemon universe. There are plenty of other ideas I haven?t thought of when it comes to weather effects, and your opinions are what really matter on the subject. Let us know below if this topic helps support pushing Pokemon into the online gaming genre, or if it?s just merely a MMO perk that gamers have come to see. Keep checking back each week for more on why Nintendo should start making a Pokemon MMORPG.