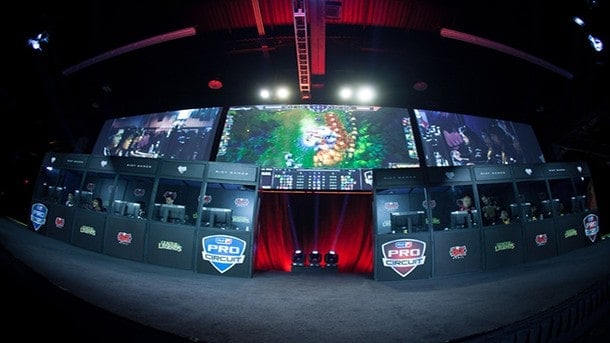 As seen on Todays Daily XP Video!
Major League Gaming shattered a competition record recently, when more than 21,000 competitors and fans attended the Spring Championship this weekend in Anaheim, CA. Hundreds of the best players in the world competed for over $100,000 in prizes in some of the gaming industries most popular titles. The event was so popular in fact that for the first time in MLG history, professional athletes even took on the virtual playing field. Pro athletes like Dwight Howard and Dez Bryant, showcased their own gaming skills in an All Star Showdown.

Despite the big personalities, it was the competition that stole the show of course. Games like Call of Duty: Black Ops 2 and Starcraft II: Heart of the Swarm have helped eSports exponentially grow to its current state. The biggest game at the competition (or at least the most important to us) was arguably the MMO title League of Legends. Most eSports tournaments feature the extremely popular MOBA, and who could disagree? Even if you don?t like League of Legends or MOBAs in general, the game achieves a clear and precise visualization that fans can follow much easier than some of the other crazy action they find in video games.

The League of Legends competition awarded a top prize of $20,000 and a spot in the LCS Season 4 Spring Promotion Tournament. FXOpen eSports took home the gold, with Complexity, Curse Academy, and Aware Gaming following close behind. Photos from the event can be found here.