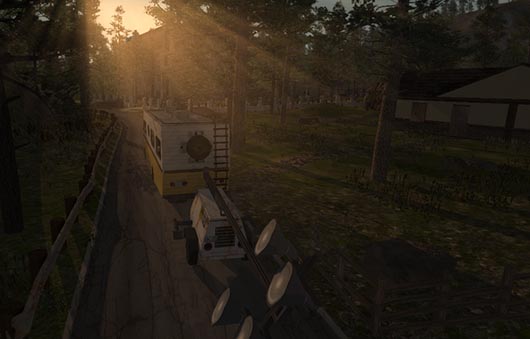 A small UK based development team that goes by the name of A2Z Interactive may only consist of 5 employees, but that hasn’t stopped them creating a hugely successful Kickstarter game for the upcoming survival sandbox game, Survive The Nights.Touted by many supporters as the game that the survival genre has been waiting for, Survive The Nights promises to deliver a unique and engaging experience thanks to the combination of tried and proven survival mechanics alongside exciting new ideas and features, including anti kill on sight measures and dynamic weather systems that influence the environment.

Survive The Nights is rapidly approaching its midway point on Kickstarter but with 16 days still remaining, the developers have managed to smash the original funding goal. A2Z Interactive originally asked for £12,000 to help finish and polish the game before release but over 2,400 people have pledged their support, raising a staggering £41,000.

Several stretch goals have already been met that will see the team hire additional full-time staff to work on animations, in-game assets and the expansion of several key features including the XP system, hunting and foraging and more detailed character customization.

If you’ve found recent entries into the survival genre lacking, Survive The Nights could well be the remedy to your woes. You can enter and fortify every structure. You can repair and utilize vehicles for travel and storage, you can even lose your mind and commit suicide if you constantly kill other players without due cause. What more could you want?  For more information, check out the link below: