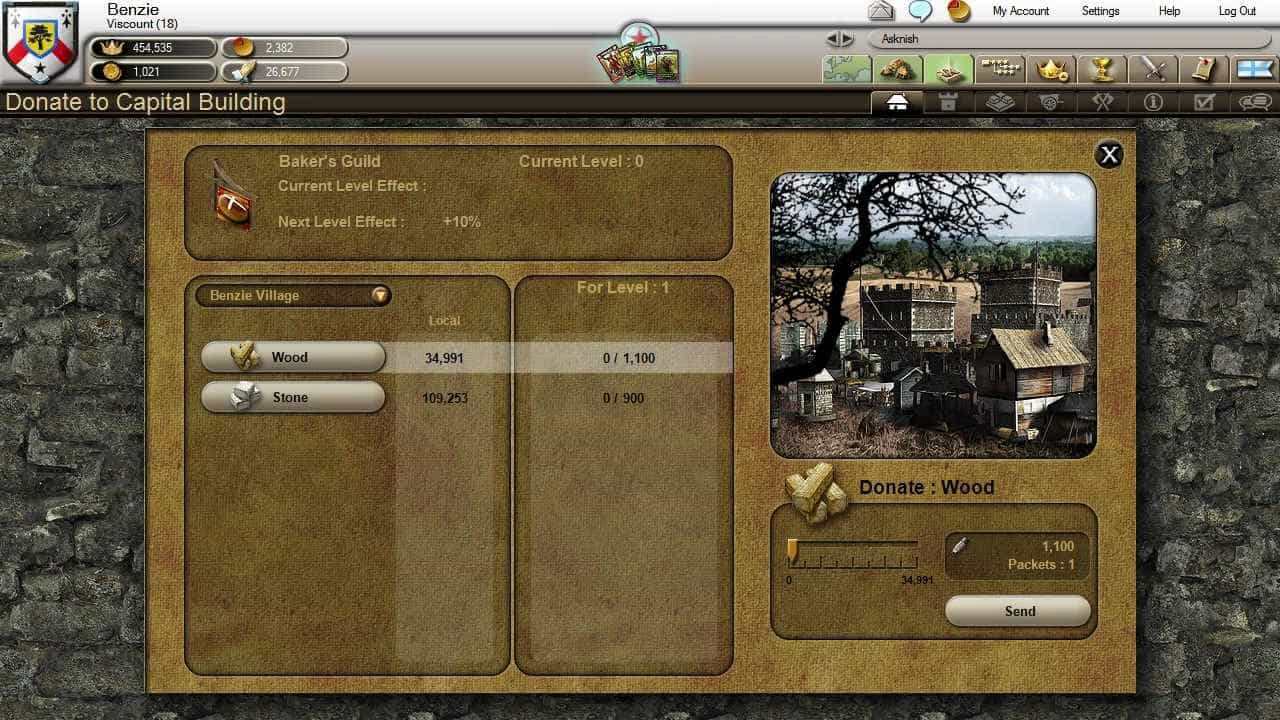 The fourth Official Stronghold Kingdoms Tutorial video details the game?s parish, country, province and country Capitals. Capitals play a pivotal role in controlling the land in Stronghold Kingdoms, existing at a local parish level and in larger communities such as a county. These centres of trade, leadership and elections depend on their fellow countrymen for strength, but with a little help they can become powerful forces of growth in the community. Understanding how they work is key for new players hoping to get involved in the political aspects of the game.

These Official Tutorial videos are designed to give new Kingdoms players a helping hand, each explaining how a different aspect of the game works. Whether you?re building your first village, exploring the game world, interacting with other players or crushing The Wolf, these videos should serve as a guide for doing just that.