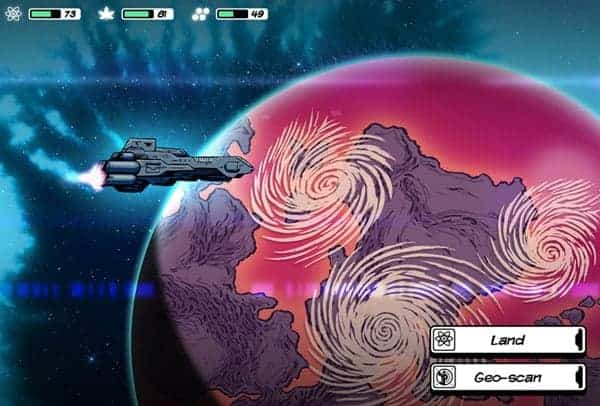 Mi-Clos Studio today revealed that a public beta test for the space themed adventure strategy title, Out There, will be starting soon. According to the press release the developers have been inundated with emails and requests asking for further information relating to the official launch and beta testing schedules. Out There was originally planned to release this year but Mi-Clos Studio’s opted to postpone the release for iOS and Android to early 2014 with the PC release coming at a later date

We are working on Out There since January of 2013 and
if the game is very close to our first idea, the players feedback we?ve
got during shows convinced us to push the idea further.

We are
confident that this delay is essential to allow us to bring a unique
experience to those who dream to explore the stars from their tablet.

If you want to increase your chances of getting access to the beta check out the official Twitter account. We’ve also got a great selection of screenshots and the latest video below. The pulp comics book graphics look awesome don’t they?