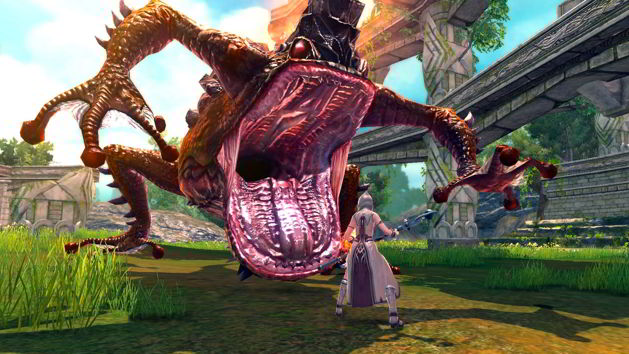 As seen on Todays Daily XP Video!
Perfect World Entertainment have one of the most impressive MMO arsenals on the market and they’ve added yet another of their biggest titles to Steam with the debut of RaiderZ. The action-packed MMO joins the likes of Neverwinter Online, Star Trek Online and Blacklight Retribution as one of Perfect World Entertainment’s biggest MMO’s available to the massive audience of Steam.

RaiderZ has been available on the PWE portal for some time and despite a lack of marketing, the game continues to prove popular thanks to its monster hunter-esque approach. Players gear up using a variety of crafted equipment before venturing out to take down some of the biggest enemies seen in the free-to-play MMO world.

Steam has a habit of injecting fresh users into older MMO’s added to its database so this could bring the popularity of RaiderZ back to its prime.