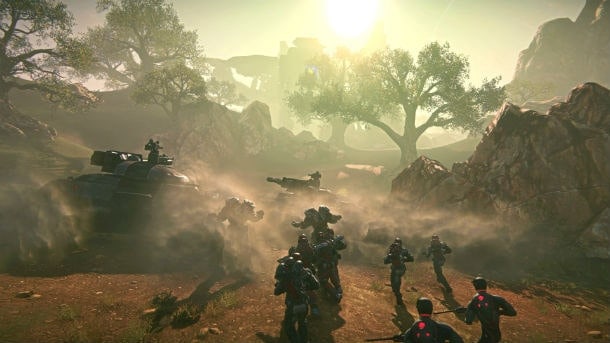 As seen on Todays Daily XP Video!
Sony Online Entertainment is bringing big changes to the extremely popular MMOFPS, Planetside 2. Well, they are allowing the changes to happen anyway. At some point in August, players of the massive shooter will be able to generate unique missions for other fellow gamers.

Until there are further details, it?s hard to tell how significant of a bonus these missions will be. Only players who meet certain requirements will be given the opportunity to add to the virtual world in Planetside 2. Developers have also stated the missions are limited to being available only at specific points in the game. Still, completing user generated tasks will reward players with more experience than if they finished the normal ones made available by Sony.

User generated missions will only go so far in Planetside 2, but they?ll do the job. There is currently no official launch date for the new updates, so be sure to keep an eye out as you game your way through August. You may want to experience the workings of fellow MMO aficionados, or you might just be looking for your next big XP boost. Regardless of your reason, these missions are clearly going to be worth checking out.