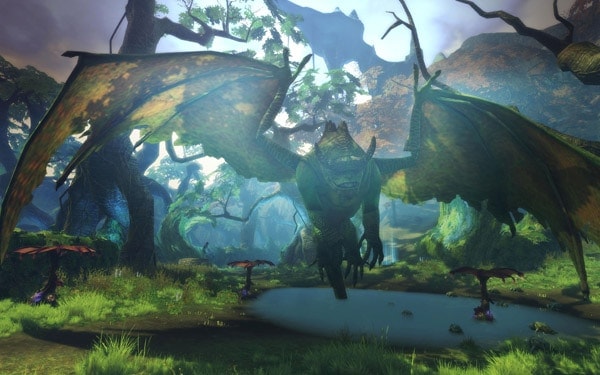 The award-winning free-to-play MMO from Trion Worlds, RIFT, is celebrating a record-breaking week in the wake of the latest update, Song of Dreams. The increasingly popular MMO smashed previous records set from its initial launch and free-to-play conversion, attracting over 200,000 players in a single week.

?We were ecstatic to see the numbers,? said Bill Fisher, RIFT?s creative
director. ?This is unprecedented. I?ve never seen anything like this
before with a live game when there isn?t an expansion or other huge
update. This was all the fans: we created a big party for them, and they
showed up with bells on.?

Despite launching over 2 years ago this month saw RIFT attract more users in a single day than ever before. 25% more players joined the game recently than the first week of free-to-play in June.

?This is all about gamers,? said Scott Hartsman, Trion World?s CEO. ?Last week we re-launched RIFT on
Steam and wanted to celebrate that milestone with players both old and
new. We?ve been listening to what they want to see and do in the game
and I think this week was a perfect example of giving fans what they
want: a whole lot of fun.?

?On Sunday alone, we outperformed Storm Legion?s
launch by 219%,? said Hartsman. ?We went back and checked the numbers
twice. It was almost in the realm of too high to believe.

Many members of the industry still question the potential for success when transitioning to a free-to-play model but RIFT stands among the few that can boast nothing but success.