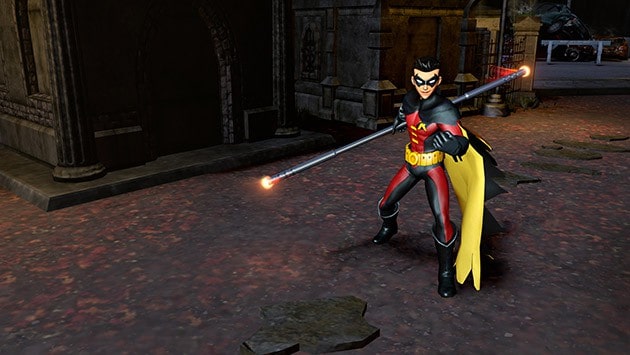 Warner Bros Entertainment and Turbine today revealed the next addition to the star filled Infinite Crisis roster with the introduction of arguably the greatest superhero sidekick ever, Robin. Created from a drive to help make the world a better place Robin’s martial abilities and dedication has cemented his place in DC Universe history as much more than Batman’s simple sidekick.

With his previous sidekick slain, Time Drake was driven to become Batman’s next ally. Carefully surveying Batman and his allies Tim was able to identify a move used by Nightwing as a circus trick deployed by Dick Grayson, completing the final puzzle piece to discover Batman’s identity. It took some persuading but Bruce Wayne finally accepted the young warriors aid.

Robin will be available to play in-game on December 18th, making his debut as an acrobatic support class with a variety of abilities built to disrupt enemies and setup deadly team fights.