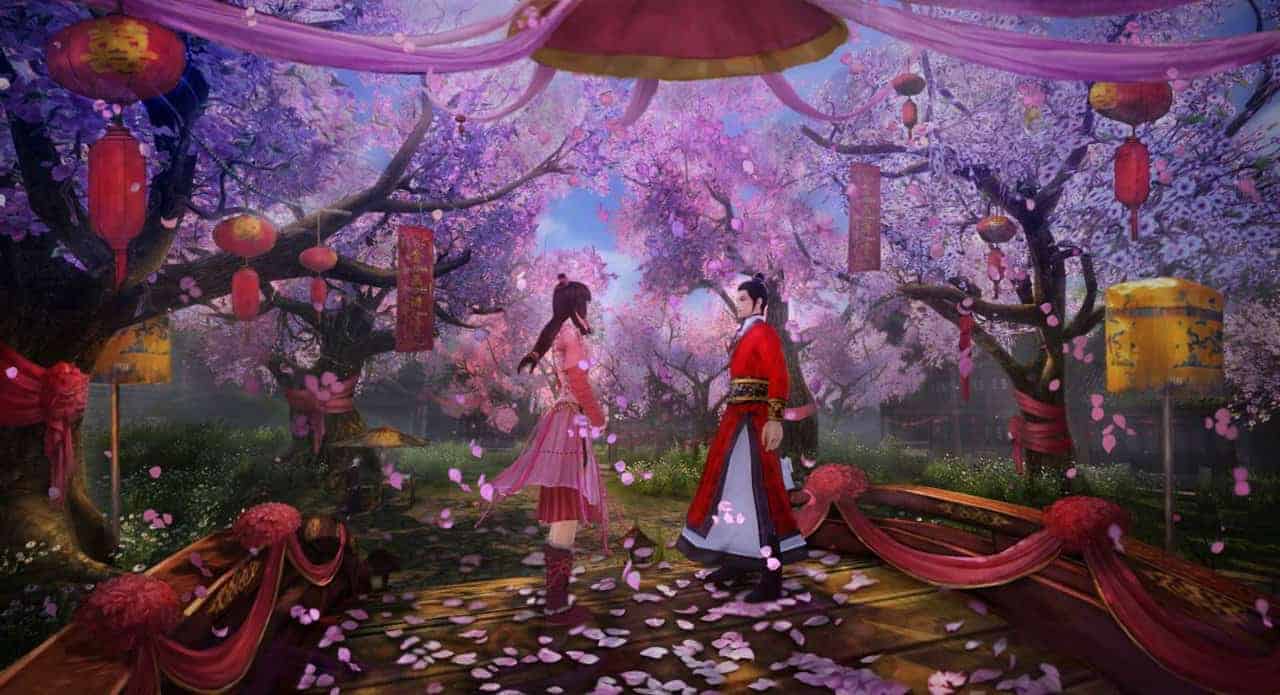 March is all set and ready to be an explosive month for fans of the martial arts inspired MMORPG Age of Wulin as developers WEBZEN today revealed two exciting new features schedule to arrive with next months expansion on March 10th. The two focal points of next months expansion include all new Secret Factions and the highly anticipated Betrayal system.

The expansion marks the 3rd large-scale update for Age of Wulin, introducing new playable factions, dynamic events and a brand new weather system in Chapter 4: Betrayal and Forgiveness. The update will mark the first real test of the communities allegiance and loyalty as it introduces the ability to betray your peers to join one of the six new factions, one of the seven Great Sects or brave your own path and embrace the life of a vagrant.

WEBZEN today revealed 3 of the 6 new factions with the expansion announcement, the Rootless Clan, the Shifting Flower Palace and the Peach Blossom Island. Each faction will come complete with its own entry requirements, detailed background story and vast array of deep and interesting characters to meet.