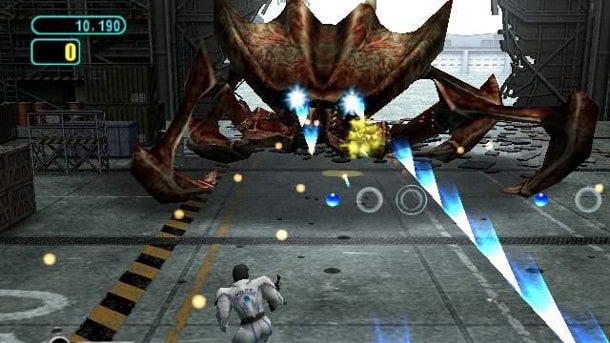 There’s been many a time when I’ve reached the end of a game, and found myself clamoring for more. Whether it was through style, narrative, or mechanics; something about the game enchanted me. I wanted a sequel. I know I’m not alone in this. A great many incredible franchises have been born this way. Final Fantasy, Halo, Pokemon, Metal Gear…the list goes on, and on, and on.

Sometimes, though, a sequel isn’t warranted. Sometimes, it’s best to just let a franchise die; better to leave a concept tucked away than see it fleshed out. Unfortunately, the games we’re looking at today represent instances where the development team didn’t do that. Some of them are black sheep in an otherwise excellent franchise, others are games we didn’t want in the first place, still more are titles that lived up to exactly none of our expections.

Their only unifying features is that they’re terrible – almost universally so.

The Force Unleashed was a rather awesome concept, albeit one which fell somewhat short in execution: you are Darth Vader’s secret apprentice. It was unique, enjoyable, and didn’t wreak too much havoc with the already-established lore of Star Wars canon. Then The Force Unleashed 2 came along. While not necessarily a horrible game, it wasn’t an incredible one, either. More than anything, it was just…bland. It lacked a great deal of what made the original enjoyable, and happily mired itself in all the technical problems which plagued its predecessor. It had an unfocused story, bland characters, and

It was a sequel many of us had been waiting years to see; a title which was stuck in development hell for almost a decade-and-a-half. The problem, perhaps, was that Duke is a gaming icon from another era – one in which he likely should have stayed. The game was ultimately brought down by poor level design, bad controls, long load times and dated mechanics, with a sense of humor that today seems less edgy and hilarious than it does juvenile and irritating.

I love the Mega Man X series, but X7 was quite honestly a complete and utter abortion Clunky frays into the third dimension, horrendously-written dialogue and voice acting that made me want to tear out my ears combined into a cocktail which was, quite frankly, downright insulting. X7’s only redeeming feature was the music – and that was barely enough. On the plus side, X8 was good.

Samus is an incredibly popular character in gaming culture – a badass female bounty hunter with an arsenal of terrifying weapons and access to ancient alien technology. She’s fought things that most of us would wet ourselves just to look at, from monstrous, insect-like Space Pirates to sentient viruses to infinitely powerful eldritch abominations. It would follow that she has to be a fairly strong woman if she’s still got her wits about her, right?

Not if Other M is to be believed. Never mind the poor mechanics, Other M’s failing is that it takes Samus and turns her into a whiny, dependent, submissive mess completely obsessed with motherhood and at the beck-and-call of all the big, strong, smart men in the Galactic Federation. Oh, and she also behaves like a twelve year old girl at several points. So there’s that, too.

Somewhere along the line, I feel as though the Resident Evil series has lost its way. The original set of games were downright terrifying, putting quality over quantity. A single T-Virus infected zombie was more than enough to set one running, to say nothing of abominations like Tyrant. Survival was key.

Then Resident Evil 6 comes along, and it’s an action shooter. There’s no fear, no suspense, no mind-games…it’s run-and-gun. Capcom didn’t just forget its roots, with 6, it salted the earth.

Sitting proudly atop the steaming pile, we’ve got Bomberman: Act Zero. Not to be a dick, but I dearly hope that whatever putz at Hudson Soft pitched the idea to re-imagine the cheery little demolitions expert as a murderous military cyborg never works in game development again. The game was an unmitigated failure on every front, from bad mechanics to bland, muddy graphics to awful online play. Where it ultimately fell flat was in the initial concept: playing Act Zero was like watching Mickey Mouse mow people down with an AK-47.