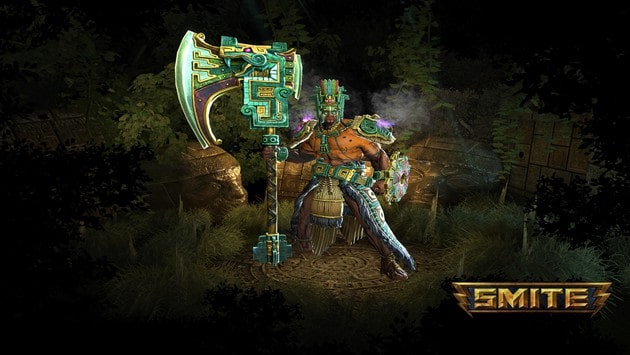 It’s midweek and Hi-Rez Studios continue with their Wednesday patch tradition with the release of the latest God to join the battlefield Chaac, God of Rain. Chaac enters the fray as a physical melee warrior, boasting a rather large axe but a somewhat disappointing shield.

Chaac is already causing a stir among the SMITE community as his passive ability allows him to use an ability every 5 strikes, consuming 0 mana in the process, a deadly combination when used alongside attack speed items. Chaac’s main tool of attack is his first ability that sees him throw an axe towards a target location, not overly impressive by itself but once activated, it opens up a number of additional effects from his other skills. For more information on the combination attacks you can watch the God Reveal Video below:

Other content introduced with the new Chaac update includes new voice packs for Kali, Ao Kuang and Chaac himself. The developers have also warned that players may suffer issues with patching as they’re currently testing a new deployment method, but this is expected to pass quite quickly.