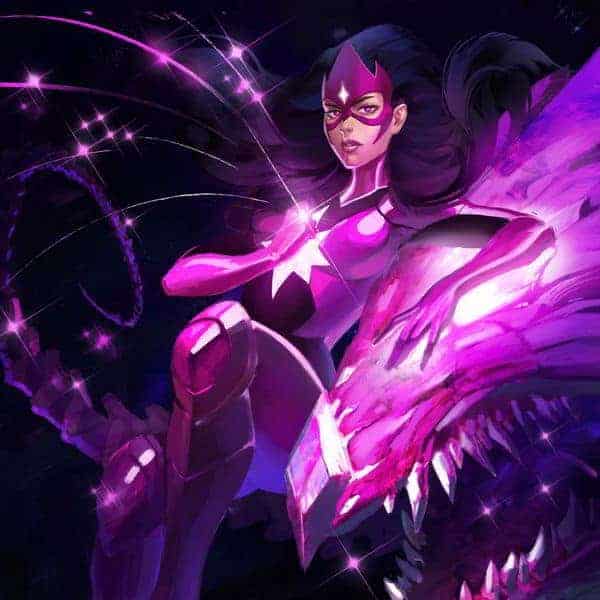 Following the release of Superman is no easy task but the next Champion to attempt to steal the hearts of DC Universe fans in Infinite Crisis is Star Sapphire, the Champion of Love. Star Sapphire joins the ranks of Infinite Crisis as a deadly blaster, capable of complete lane dominance via long-range damaging abilities and the aid of her ally, the incorporeal Predator.

Carol Ferris originally hired Hal Jordan (the Green Lantern) as a fellow test pilot at Ferris Aircraft and despite an initial romance, things soon feel victim to the powers granted by the Sapphire Ring. Unable to challenge the incredible power of love Star Sapphire became full of hatred, often fighting against the Green Lantern. Eventually, with the aid of Hal Jordan, Carol Ferris was able to channel her abilities – even becoming the keeper of a powerful Predator entity.

For more information you can check out the incredibly detailed article on the official website that highlights her powers, strengths and weaknesses, and potential strategies in each of the maps and modes available in Infinite Crisis.