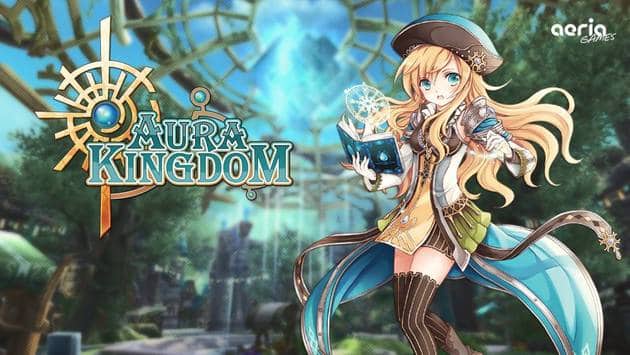 Aeria Games today announced the release of the first major content update for its free-to-play fantasy MMORPG, Aura Kingdom. Aeria Games is one of the most established free-to-play publishers in the industry and today they revealed that Aura Kingdom is the most successful launch in the companies history, setting a new record for the amount of players joining since launch.

The latest update is sure to attract even more new players with the release of a brand new class the Brawler, bringing the games robust class system up to an impressive 9 playable classes. As the name suggests the new class is a melee specialist with access to a variety of deadly blows using sharp claw-like weaponry.

A new raid has also been introduced, the Sky Tower. This impressive new end-game dungeon provides scaling difficulty levels for parties of up to 40 players, with each new floor posing more challenges and dangers than the last. The Sky Tower currently houses 10 floors with 10 unique boss battles, but subsequent floors will be added at a later date – including floors designed for solo players and smaller groups.

For more information on the game check out our Aura Kingdom page.