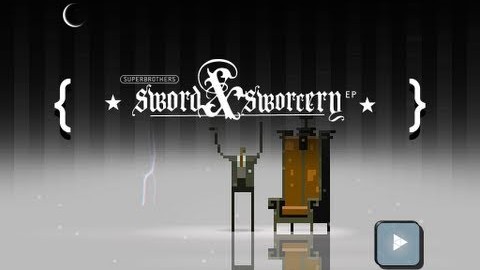 Yesterday we finally saw the release of the PC version of Superbrothers: Sword & Sworcery EP on Steam.   Sword & Sworcery was released on iOS devices (iPhone, iPod, iPad) last year to an immense amount of critical acclaim.  Some major gaming websites even labeled the game one of the best of 2011.  The game by Capybara Games Inc. was also chosen as the iPad Game of the Year Runner-Up in App Store Rewind 2011.

Sword & Sworcery is essentially a point-and-click adventure will mesmerizing visuals, smoothing music and a ton of atmosphere. It’s less about beating the game and more about experiencing it. And now the PC crowd can can explore this awesome mythic realm.

To celebrate the game’s launch on the PC platform, Steam is discounting the game by 25%. You can pick up Sword & Sworcery for a paltry $5.99 through April 23. In addition to the game itself, you’ll also get the full soundtrack, featuring original music composed by the amazing Jim Guthrie.

If you’ve never had the opportunity to play the game, or have never heard of it, here’s a little taste below.

As of now Sword & Sworcery is only available for Windows-based machines right now. A Mac version is forthcoming, but there’s no definitive timetable for the release. Hopefully for us Mac guys,  it’s sooner rather than later.