Our weekly MMO and MMORPG News for January 17th 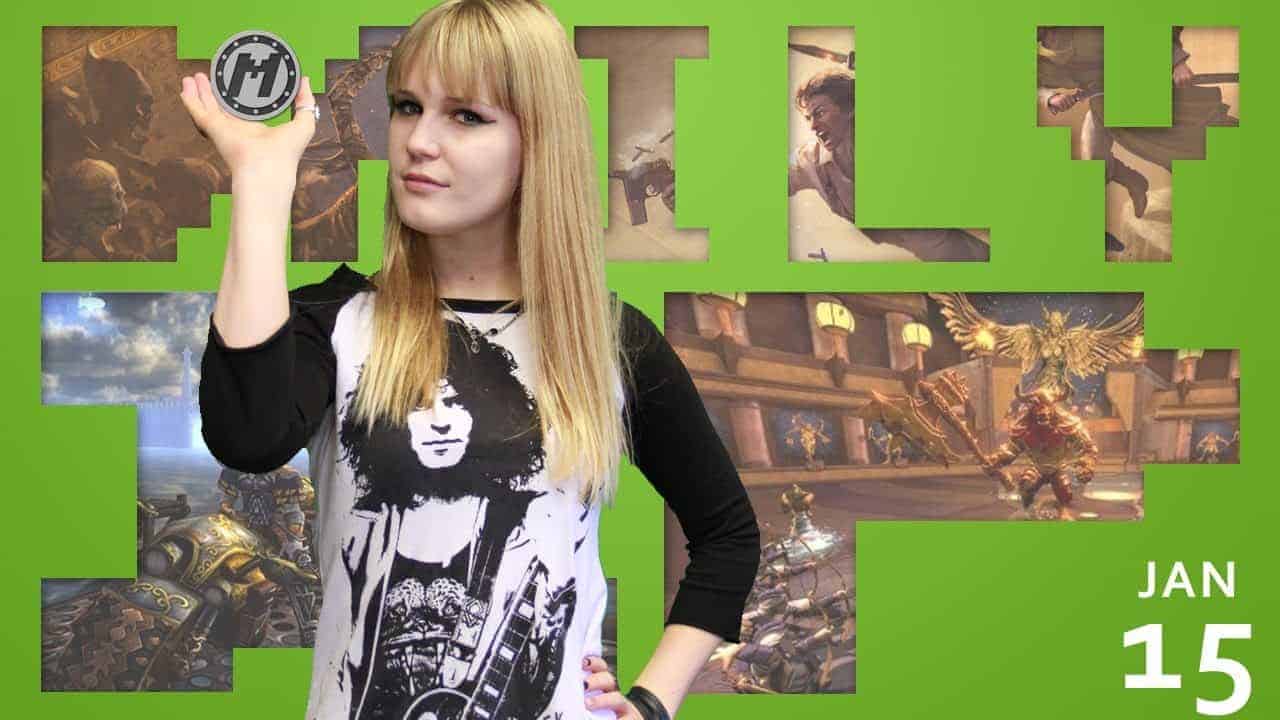 What’s up Attackers, welcome to your daily MMO news for
Wednesday January 15th.  Today’s show is
brought to you by Coffee Mate single dose-creamers, because screw coffee!  (take a sip)
On today’s episode we talk about the new SMITE God, a new class in Black
Gold Online and the Doctor Who MMO shutting down.  The Daily XP starts now.

Transcript:
The new God Geb was introduced in SMITE.  Geb is from the Egyptian Pantheon and is
nicknamed the God of the Earth.   Geb is a tank, whose goal is to soak up damage
for your team, while always causing nasty damage and stunning opponents around
him.  In addition to Geb the Arena Mode
was updated to include a two map rotation, and new skins were released for Hel
and Ah Muzen Cab.  Today’s SMITE patch,
well actually pretty much every SMITE patch, includes a ton of other general
bug fixes and updates, and those of you who get off on that stuff can visit the
article linked below for more details.

Snail Games introduced a new class for their upcoming
steampunk fantasy MMORPG Black Gold Online.
Spellswords the Dexterous Enchanter lives out the ambitious dreaming of
both wielding devastating sorcery and exceptional swordplay.  This enchanter class is actually a melee DPS
/ agility tank who uses a one handed sword, a shield and quick casting
spells.  He or She is more agile than the
standard mage and better suited for spell-weaving than a traditional
warrior.  Think Diablo III Demon Hunter,
with a sword.

Finally the Doctor Who MMO has run out of regenerations.  The free to play Doctor Who MMO is closing
down, and if you’re surprised by this news, it’s probably because you didn’t
know such a game existed.  Doctor Who:
Worlds in Time was first announced in February 2011 and launched in March 2012
only to cease operations this February 28th.
Microtransactions have already been suspended and .. yeah .. not much
else to say about that.

Thanks for watching.
Be sure to tune in to MMO ATK for Daily MMO News and other gaming
content.  Leave us a like and subscribe
before leaving, and have a great  day!