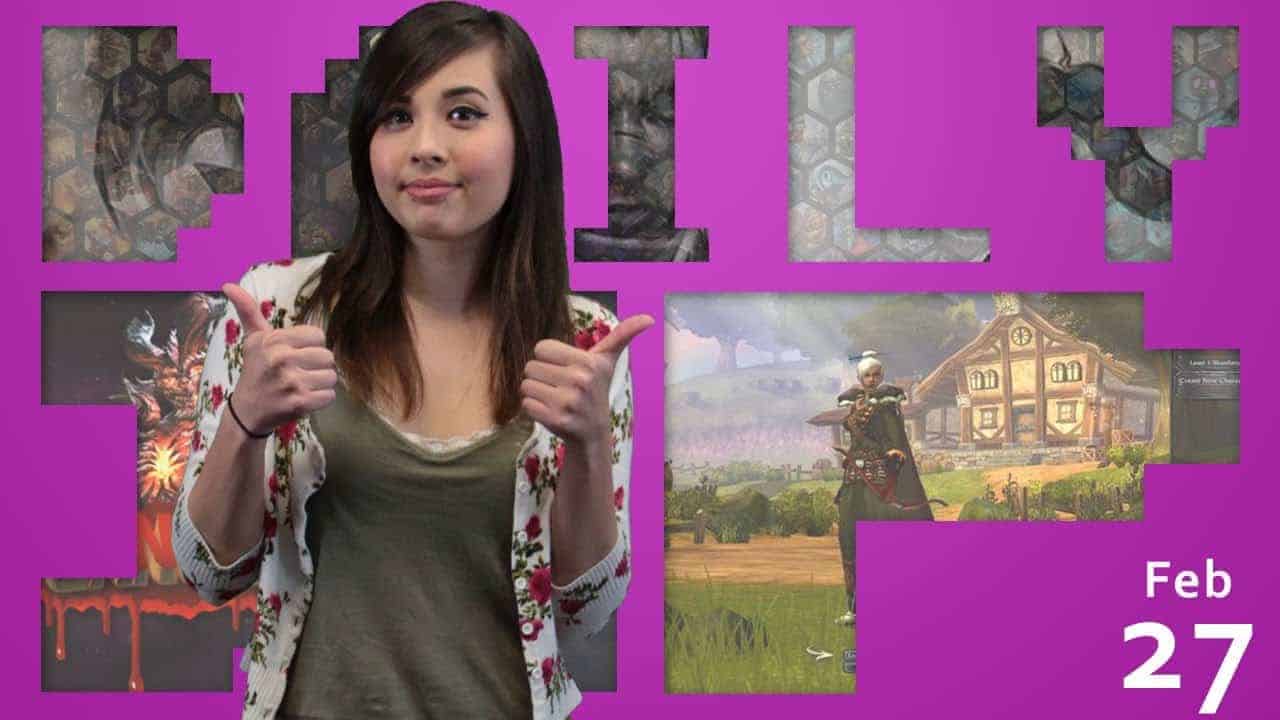 What’s up Attackers?  Today
is Thursday February 27th, Ashley here with your daily MMO News, exclusively
from MMO ATK.com.  Today is sad and
gloomy here in San Diego, which is a rarity, but the news we have is far from
it.  On today’s show we’ve got a necromantic
manipulator in Black Gold Online, and Infinite Crisis open beta announcement
and a big year for World of Tanks. Your daily XP starts now!

Transcript:
Today, Black Gold Online unveiled a mage class that shows
off its Steampunk side.  The Conjurer,
who fuses steam technology with the power of dark magic, draws their power from
beyond the grave.  This new long to mid
range mage class uses their enigmatic sorcery to cast powerful spirit spells
and provides a class for those who like to sit back, cast and destroy.  The Conjurer is ideal for those who like to
support the team with CC and do their fair share of DPS, while sitting back and
taking in the view.  Just kidding, you
don’t have time to admire when your blasting the heck out of cheesy Avril
Lavigne trailers.  Remember, the alpha
test for Black Gold Online will begin on March 20th, so make sure to register
on their site to get your key.

The Infinite Crisis Open Beta date has been announced, and with
it comes a slew, if that’s the right word, a slew of new champions.  So, let’s get to the details.  Warner Bros, and Turbine’s MOBA will start
its open beta on Friday, March 14th.  On
that date the Green Arrow, Aquaman and Mecha Superman will be released into the
game.   Mecha Superman is a massive
enforcer, who will use his metal tonnage to fissure the ground, and create
earthquakes while stunning enemies.
Green Arrow is a DPS marksman, armed with a bow and quiver of
specialized arrows, while Aquaman is a strong duelist who wields a mighty
trident in combat.  His only enemy?  A six packs plastic rings.  Along with the new heroes, the Open beta will
include the new tri-lane map, Gotham Divided.
Go to infinitecrisis.com for more.

Lastly, World of Tanks is planning for a huge year in 2014,
and with the release of today’s trailer, they are planning on revealing their
major plans throughout the year with a new series of developer diaries.  The plans for the year include delivering a
completely new combat experience by overhauling the look and feel of the
game.  Technical enhancements like
dynamic suspension, damageable parts, a graphics render revamping and new meta
game functionality are all part of the new experience.  Each feature will be fully described through
a dev diary throughout the year and implemented shortly thereafter.