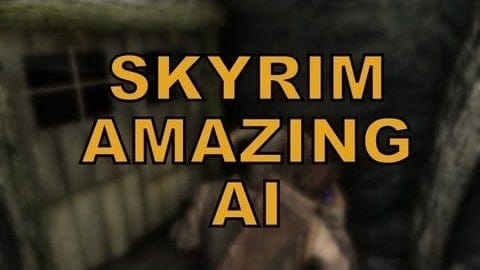 It?s a pretty commonplace thing these days; particularly in RPGs and adventure games: your hero isn?t a lone wolf. They have friends. Allies. Companions. Lone wolves are, by and large, getting scarcer and scarcer. Even Master Chief had Cortana, after all.

Sometimes, the developers don?t quite succeed in giving you a memorable, capable companion. Maybe they?re so incompetent, so wall-bangingly stupid that you?d have more luck toting around a 300 pound invalid gorilla in a wagon. Maybe they?re so poorly written you?d rather take a dip in battery acid than spend any time in their company. Or maybe, in the case of characters like Ashley Graham; they?re some terrifying, nightmarish cocktail of the two.

The characters on this list, however, aren?t those ones. These are the good companions ? the ones who actually know what they?re doing, and don?t have a personality like wet dog fur. They?re the men, women, robots, and animals who we remember long after turning off the game; the characters who we?d be glad to have watching our backs in the event that the world went straight to hell. They?re some of the best in-game sidekicks you?ll ever see.

We?ll start with one from recent memory. See, a lot of the in-game followers you can get in Skyrim are?very much a mixed bag. Farkas, for example, has an annoying habit of staring blankly off into space while he?s supposed to be in combat. Mjoll the Lioness repeats her dialogue often enough that you want to play the game on mute, and Lydia, while effectively immortal, is largely ineffective in battle.

Dawnguard brought us Serana: an ancient vampire lass who puts pretty much every other companion in the game to shame (perhaps because she?s simply coded better). She?s deadly in combat, acts in a somewhat believable fashion out of battle, and doesn?t have repetitive dialogue that makes you want to throw her off a cliff (usually). Assuming you can ignore her penchant for reviving dead enemies as meat shields, she?s probably one of the best companions in the game.

Of course, you had to have expected this. Alyx Vance is quite possibly the perfect counterpart to Gordon Freeman. She?s quick-witted, capable, intelligent, and she happens to have a 3-meter tall, two-ton robot watching her back, originally constructed by her father. Alyx decided to upgrade him because; I don?t know?I guess she was bored?

So….crack shot with a pistol, fiercely intelligent, and not even remotely frustrating to have along for the ride? Sounds like a winner to me. One of her biggest defining moments was arguably the reverse escort mission in Episode 1.

Mega Man is, at its core, a story about a boy and his dog. Except that both of them are robots, and they?ve been tasked with fighting against a mad scientist with no concept of long-term goals or efficient design. Rush, who made his debut in Mega Man 3, has been a faithful companion to the blue bomber ever since, providing a wide variety of upgrades, seeking out items, and helping Mega Man get to places he wouldn?t otherwise be able to reach. In later games, he even transformed into things like a motorcycle, a spaceship, or a set of super-powered armor with a jetpack.

Of all the companions in Jade Empire, I found The Black Whirlwind to be both the most entertaining, and among the most competent. There?s just something funny about this massive, drunken, unstoppable juggernaut. Maybe it?s the fact that, in spite of all his negative qualities (his violent tendencies, his cavalier attitude towards hygiene, and his dim-witted nature), the big ape?s just a likeable guy: those of you who?ve played the game have gotta admit, he does a grand job of serving as the comic relief character while he?s knocking heads.

Mort, for those of you who haven?t played Planescape: Torment, is a talking skull. As expected of someone in his condition, he doesn?t exactly have much in the way of combat capabilities. His only real weapon is his mouth ? he can bite both literally and figuratively, and the jury?s still out on which causes more harm. His sharp wit, coupled with his sarcastic personality; makes him one of the most memorable and entertaining characters in the game, hands down.

Tails is Sonic?s sidekick from Sonic The Hedgehog 2 onward, and his most interesting feature is that he?s effectively immortal. Sega probably implemented this feature because, as an AI-controlled character, he has only two modes: off and full retard. That bed of spikes? He?ll jump on it. Repeatedly. That hostile robot? He?ll run full-tilt into it, and headbutt it a few times for good measure. That pit of lava? He?s taking a bath.

Of course, in later games, they fleshed out his role, and he becomes absolutely integral in several boss battles?not to mention the fact that, if you know how to aim your jumps, he can actually take out a boss without you having to do any work. So?poor AI aside, he?s actually a pretty damned good follower.

I had the choice of putting either Midna or Navi in this slot: I think I made the right decision. To date, I don?t think there?s been a Legend of Zelda companion I enjoyed more than her, and the subtle shift in her relationship with Link over the course of the game from antagonistic, arrogant imp to close friend was a beautiful touch on Nintendo?s part, not to mention the fact that she?s really the only reason Link was actually able to accomplish anything in that game: had it not been for her, he?d have probably wound up on some shadow creature?s dinner table.

Izun, Amaterasu?s travelling companion; starts out as a royal pain. While he?s certainly quite intelligent and capable, he?s also got the maturity level of a thirteen year old boy, and doesn?t know how to keep his mouth shut; not to mention the fact that he doesn?t really give a damn about Amaterasu.

That?s at the beginning of the game.

Over the course of their journey together, Izun matures considerably, maturing and developing a close friendship with the fox god as the journey continues. By the end, he?s almost an entirely different person, having fully accepted his destiny and come to understand his reason for being.

A great many characters come and go over the course of the Mass Effect trilogy. Out of all of these, the only one who actually sticks by you through all three is everybody?s favorite Turian; Garrus Vakarian. Over three games, he goes from Dirty Harry-esque cop to terrifyingly competent vigilante sniper (like Batman if he came equipped with a high-powered rifle) to military commander. Through it all, he never forgets the man (or woman) who made it all possible: his good friend (or love interest, if that?s your cup of tea) Commander Shepard. He?s reliable, competent, loyal, and rather entertaining, to boot.

The fact that he?s the closest thing to a sidekick Commander Shepard?s ever really going to have nets him his spot on this list above pretty much every other character in the game.

Torchlight debuted a rather innovative mechanic in which your customizable pet could fight alongside you in combat, pick up items, equip gear, drink potions, and transform by eating fish. Oh, they could also take vendor trash back to town for you to sell, so that you didn?t have to miss a minute of dungeon-crawling. Torchlight II continued the trend, adding more pets, more options for your pet?s trip to town, and more battle transformations. Sure, the pet?s not really a character, but it?s an indispensable sidekick just the same: the game simply wouldn?t be the same without it.