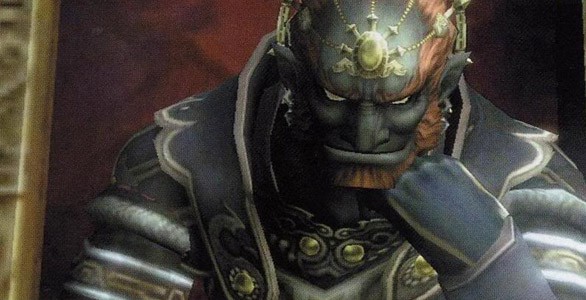 Our intrepid heroes have fought long and hard to make their way to this point. They?ve devastated every mook and lieutenant that?s been thrown at them; they?ve exploited every single flaw they could find in the antagonist?s machinations, and they have, for all intents and purposes, emerged victorious.

Well, except for one tiny, troublesome detail: the villain wanted them to succeed.

I?ve always loved intelligent villains, because they?re so much more fun than the foes which succeed through raw power alone. A cunning chess-master can almost always do more damage than a big, angry demon; a tactical genius can easily trounce a villain used to solving problems with the point of their blade, and a master manipulator often won?t even bother to fight ? they?ll simply turn their enemies against one another, and then mop up whoever?s left after the dust settles.

Here?s a tribute to a few of the most manipulative, most intelligent, and most effective villains from throughout video game history.

You?ve really got to admire what Ghetsis manages to pull off in Pokemon Black and White. Not only does he manage to trick an entire organization (as well as seven other men who were at least as intelligent as he is) into believing his cause is just and righteous, he raises N from birth as a tool from world domination ? were it not for the intervention of Alder and the player, he would have succeeded. His magnificence is dulled a touch in the second game, as Team Plasma has dropped all pretenses of ?protecting Pokemon from humans,? and doesn?t even bother to hide its plans to take over Unova. Even so, Ghetsis has earned his spot on this list as one of the first real ?chess master? villains of the Pokemon series.

Not only does Liquid Snake possess the full repertoire of skills which made Big Boss such a legend, he also boasted a genius-level intellect and a propensity for manipulation and tactics which one could argue is virtually unrivalled in the Metal Gear universe. Virtually every crisis that?s happened in the series since Big Boss?s death has been directly or indirectly linked to Liquid.

Ocelot shares this spot with Liquid, since he actually managed to suppress Liquid?s personality after the latter took control of his body, and spent most of his life working as a double or even a triple agent. Couple that with the fact that he?s pretty much one of the best gunfighters in the series, and it?s easy to see why he?s such a beloved villain.

You?re probably surprised that I?ve not included Xemnas or Xehanort on this list, in favor of Maleficent. Hold up a minute, though, and I?ll explain why. While it?s certainly true that Xemnas and Xehanort are incredibly cunning and possess dangerous intellects in their own right, both repeatedly suffer defeats at the hands of the protagonists. Maleficent?never really does, and even when she is defeated, she manages to bounce back and act like the defeat was a part of her plan in the first place. It?s her ability to adapt to whatever is thrown at her that earns her a spot on this list, more than anything else. Not bad for a Disney villain, no?

Those of you who?ve played the Command & Conquer series won?t even question Kane?s spot on this list. He?s been the sole cause of wars, manipulated entire military organizations to suit his purposes (sometimes repeatedly), and is almost never phased, even in the face of certain defeat. There?s also the fact that he?s been alive (and manipulating humanity) for thousands of years, and ultimately succeeds in getting what he wants by the end of Tiberian Twilight. He?s probably one of the most intelligent foes to ever set foot in a video game.

This guy right here is proof that, even if you?re a cunning, super-intelligent villain, it?s also possible to be physically terrifying at the same time. Wesker is almost always manipulating things behind the scenes, and he?s become one of the most memorable, most oft-recurring antagonists in the Resident Evil series. When you first meet him, he?s a double agent who?s injected himself with an experimental virus ? you know, just in case he should ever come down with an unfortunate case of death. Did I mention the fact that he?s basically a superhuman mutant, to boot?

Okay, I suppose it?s a touch strange that I?ve included an entire organization on here, but stop and think about it for a moment. This organization holds some of the most powerful artifacts in the history of the universe, boasts the most intelligent minds to ever set foot on earth, and has been manipulating and controlling human history pretty much since the dawn of civilization. Even though their agents suffer a number of defeats at the hands of the Assassins over the course of history, they still more or less control the world by the time the first game rolls around.

Not only does Kreia manage to manipulate the Jedi Exile and his/her whole party through the whole of KOTOR II, she?s also the one who trained Darth Riven. She made the man who almost conquered the whole galaxy. The fact is, Kreia was probably one of the most intelligent characters in the Knights of the Old Republic series, and only her arrogance (and the fact that the Exile was more powerful than she was) caused her to fail ? as it should have.

This lady here wasn?t just content to manipulate men and women. No, she had loftier goals than that. She basically devoted her life to manipulating and controlling demigods, all so that she could ascend to godhood. Even though some players saw straight through her ruse when she appeared on-screen as the benevolent Melissan, it doesn?t make what she almost accomplished any less admirable: her efforts still potentially led to the player character becoming a god.

This man essentially ran a sci-fi version of The Illuminati. Cerberus is, hands down, one of the most powerful organizations within the Mass Effect universe, and even though he eventually bites off more than he can chew, their leader (who is only ever known as The Illusive Man) still manages to, at least for a time, outthink a race of eldritch abominations which are almost billions of years older than he is. The only reason he?s actually defeated is because Reaper technology eventually drives him insane. (and, well?you can?t beat Commander Shepard. Ever.)

No, Sephiroth doesn?t make this list. He?s not all that cunning, to be honest. All he really does is kill everything that gets in his way while gathering the tools to bring about the apocalypse and turning himself into an eldritch abomination in the process. Also, he?s got some pretty severe mommy issues. Sure, he?s memorable, and he does manipulate Cloud on occasion, but he?s not particularly cunning ? not when you bring the good doctor into the equation.

The true magnificent bastard of the FF7 universe (and one of the vilest villains ever created by Square-Enix) is Shin-Ra?s Professor Hojo. He created Sephiroth the SOLDIER project, and the JENOVA through ethically questionable means (experimenting on his own bloody wife and son). He was more or less directly responsible for Zack?s death, and Sephiroth?s descent into madness, and thinks nothing of destroying entire cities if it helps him achieve his goals.