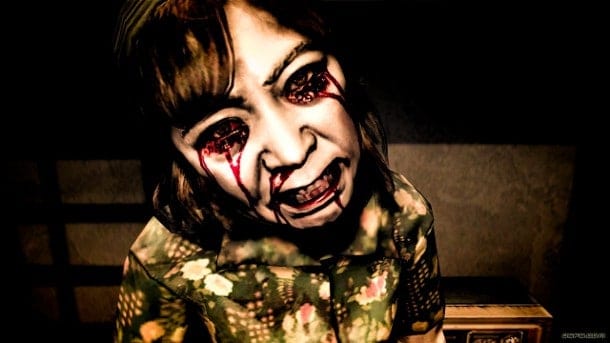 Believe it or not, I was never truly introduced to the Survival Horror genre until my University days. The closest I ever came was Doom 3 and Resident Evil 4 – games which, while both brilliant in their own way, were hardly even worthy to be called “horror” titles, let alone “survival horror.” My first real experience came in the wee hours of the night, in a friend’s dorm room. She was obsessed with the genre, herself: if I recall, she had virtually every game which could be even remotely referred to as ‘horror.” I played Haunting Ground.

I was hooked.Where had this sort of experience been all my life? Why had I never played any games like this before? Other titles would follow. Silent Hill. Clock Tower. Fatal Frame. And finally, Amnesia: The Dark Descent. Though I didn’t really pay it much mind at the time, recently I’ve begun to notice something – to realize something.

Most games that call themselves “Survival Horror” or even “Horror” are complete and absolute shit. They are’t even remotely frightening, nor are they suspenseful. They’re all about jump scares, about pumping a million bullets into a million zombies a million times over in a splatter of blood and guts and testosterone. They’re all about cheaply recycled death animations and odd weapons-crafting systems and senseless gore.

In short, Survival Horror has lost its way, and many developers appear to have forgotten – perhaps in the interest of the ever-elusive “mass market appeal” – what made them incredible in the first place.

This? Right here? This is the biggest failing of most modern horror titles (Resident Evil in particular). There’s no real sense of urgency. Even if you’re confronted by some horrific abomination which man was not meant to gaze upon, respite from your distress is as close as the nearest gun. In short…you don’t ever really feel particularly vulnerable. As a matter of fact, I’d argue that the opposite is true – most ‘horror’ games now are all about equipping yourself with the biggest gun and mowing down hordes of highly-visible, undeniably fucked-up monsters. Sure, you might die once in a while….

But that just means you need a bigger gun. Speaking of guns…

This is tied closely in to the ‘vulnerability’ angle. One thing I’ve noticed is that a great many modern horror titles shower resources – particularly guns and ammo – on you as though you’re playing through the game in a shopping mall equipped with a Black Card. There’s never really any risk of running out of the stuff you need to survive, no need to ask yourself how you should approach your next encounter with an uneasy glance at your dwindling foodstores or scant supply of lantern oil. It’s devolved to run, gun, buy, rinse, repeat.

Sure, that might be fun, for a while…but if I wanted that sort of experience, I’d go play a first-person shooter.

Here’s one simple truth that a lot of developers (and honestly, film-makers, if we want to extend that a bit further) honestly can’t seem to get through their thick skulls: when it comes to horror, less is more. Haven’t you ever wondered why so many children were scared of the dark when they were younger? It isn’t a result of what they could see – it’s what they couldn’t. Their young, over-active imaginations filled in the blanks in their vision with the most terrifying creatures it could muster up.

Adults really aren’t that different. If you’re being pursued by a monster, and you only manage to catch occasional glimpses of it – and even then, that’s just out of the corner of your eye- that’s a hell of a lot more terrifying than if a creature jumps right up in your face, screaming until you fill it up with a healthy dose of lead. If done right, the player’s imagination does all the work for you. If you do actually see the creature, the only real glimpse you get should be right before the “Game Over” screen.

To be fair, this does depend on the game – a title like Haunting Ground doesn’t really lose anything by having the pursuer clearly visible. In games like that, though, they’d better have something about them that makes them frightening as hell.  They need to be threatening and dangerous.

Equally important to a good horror experience is a fitting art direction coupled with great environment design. This is tied closely to the psychological element of the best horror games (more on that in a moment), but horror games need to have atmospheres which reflect the mood they’re trying to convey. Strange camera angles, creepy sounds, eerie music, light and shadow…It’s really the little things that count.

That atmosphere should encourage players to use all the senses available to them. They should be forced to think, to listen, to watch.

Most horror games have at least something of a narrative to them, one which is tied directly into your character’s reasons for trying to survive/the monster’s reasons for trying to slaughter them or turn them into a light snack. Usually, this narrative tends to be a twisted as the game itself – though often meted out with almost as much subtlety as the hunting monster. Without spoiling too much, I’d suggest trying to play Justine for an example of this.

I’ve always maintained that there’s something a touch masochistic to playing a horror title. You’re looking to be scared. You want to be frightened, you want to cry for mommy whilst huddling in a corner, scared to open your eyes. The fact is, I don’t want to be led by the nose or guided in any way if I’m playing a horror game. Qutie the contrary – I want it to fuck with my head. I want to feel as though the developers are toying with my fragile psyche, laughing as I jump at shadows and desperately fear even looking around a corner. I want there to be such a strong psychological element to the whole experience that I feel exhausted when I turn the game off to take a break.

That, more than anything, is the mark of a truly brilliant horror game.

What do you folks thing? Did I miss something? Let me know in the comments!