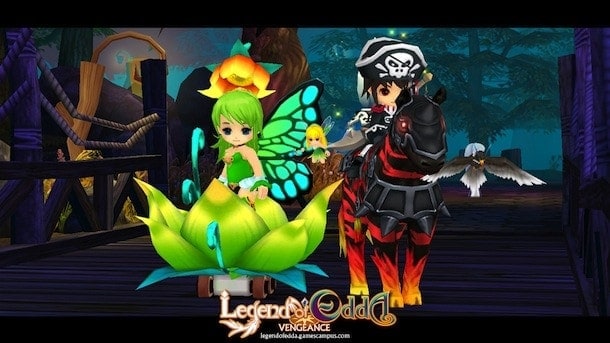 As seen on Todays Daily XP Video!
GamesCampus has broken the silence about its upcoming MMORPG, Legend of Edda: Vengeance. The expanding realm verse realm title is finally set for the public as its first open beta testing starts next week, May 16th.

Legend of Edda was already a popular title, but Vengeance aims to improve most aspects of the game along with including new ones. Building a stable community was the focus of this revamping, but there are obviously a handful of new skills, features, and God related items to support a wonderfully new adventure. This MMORPG does what many others hope to do by balancing casual and competitive gameplay.

Whether it?s taking part in the intense Sacred Wars or spending time as a reputable merchant in town, Legends of Edda: Vengeance certainly looks ready to compete in the MMO Market. GameCampus is even featuring a giveaway event that plans to distribute over $10,000 worth of prizes to players. Make sure to register at the game’s main website to compete for some wonderfully exclusive in-game items when the MMORPG goes into open beta next week.