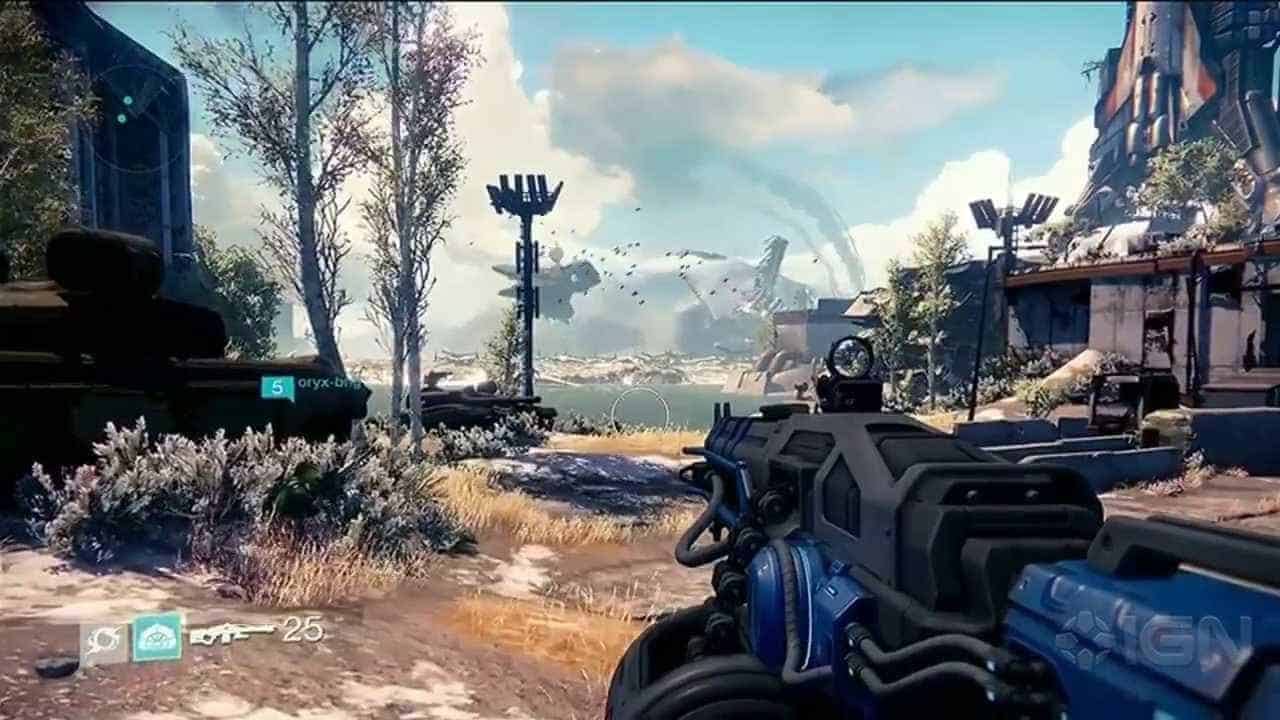 2013 is more than halfway over, folks; we’ve a lot to look forward to in the coming months. The next generation of console gaming is nearly upon us, and developers are gearing up to wow us with their offerings. What’s more, the MMO industry is really taking off. There’s some downright fantastic titles coming in 2014 and beyond, and…well let’s just say I dearly hope you don’t value your free time.

You might not have much of it once the New Year dawns, and you start digging in to some of the top MMOs of 2014 and beyond.
[heading]The Elder Scrolls Online (Spring 2014)[/heading]

As an avid fan of Bethesda’s Elder Scrolls series, I was extremely excited when they announced The Elder Scrolls Online  – more-so when they revealed how long it’s been in development. This game is essentially what fans of the series have been begging Bethesda to make for decades: a multi-player offering set on Nirn. With a combat system similar to Skyrim’s, an emphasis on exploration, an awesome narrative and the ability to go from one end of The Elder Scrolls universe to the other, this is definitely a title to look forward to.

Bungie’s made quite the name for itself in the past decade. After creating the fantastic Marathon series, it designed and released Halo – the first person shooter which pretty much saved the original Xbox from being a dud. Now, however, they’ve distanced themselves from The Chief, selling the rights to the franchise to Microsoft and 343 Studios and diving headlong into another project. That project is Destiny; a shared-world MMORPG shooter. I’ll be frank – this game may well justify my purchase of the Playstation 4. It looks bloody awesome.

The world of Destiny is a rather bleak one. In the distant future, mankind is basically an endangered species. Once, we commanded an empire which stretched across the stars. We were mighty. We were powerful. We were prosperous. But we grew too much. We reached too far, too fast. In what seemed like moments, we were stuck down, and only the intervention (and heroic sacrifice) of a strange, other-worldly being known as The Traveler saved us from complete extinction. Now, the remaining humans eke out a living in a city built under the levitating corpse of the planetoid-creature, and beings known as Guardians – humans and metahumans imbued with a fraction of The Traveler’s power – are the only ones who dare venture outside the city’s walls. With intricate character customization, personal vehicles, and a number of compelling social elements, Destiny looks like it might well be the flagship title for the PS4.

Have you ever wanted to be a vampire? You might just get your chance, if you play World of Darkness. Based in the tabletop universe of the same name, the title takes everything that’s good about vampires and mashes it together into a single experience. What emerges from the mess is a stylish, sexy-looking game which quietly emphasizes the difference between the urban grime of back alleys and the intense vanity of the immortal vampires. Gothic and modern will collide in an MMO that is one part sandbox (players will, reportedly, be able to shape and re-shape the world as they see fit, forming alliances and back-stabbing friends), one part coffee shop, and one part theme park. There’ll also be free-running, which is downright awesome.

Have you ever wondered what it would be like to live in a post-apocalyptic waste? I mean, what it would really be like? I’m not talking about being some sort of mighty super-soldier or special agent. I’m not talking about fending off hordes of undead/aliens/zombies. No…I’m talking about the simple act of surviving, of creating tools and objects which ensure you’ll live another night. Dreamed up by a group of Polish indie developers, Edengrad provides exactly that sort of experience. Everything in the world will be player-created, and the emphasis of the game will be placed entirely on crafting.

Of all the games here(save, perhaps, for Game of Thrones), Bless may well have the most comprehensive, believable, and painstakingly-designed world. Unlike many MMOs currently on the market, it places an emphasis on the narrative experience, encouraging players to engage in role-play and allowing them to shape and meld the story (and their faction) as they progress through the game. In short, it’s not a gear grind – it’s a collaborative story in which PVP combat will play an important role. What’s more, the game looks positively beautiful (though admittedly, a bit generic). Factor in a combat system which changes based on how the player wants to play their class, and you’ve got a sure winner.

Here’s another game that legions of fans have been clamoring for since time immemorial: a Monster Hunter MMORPG. From the looks of things, it’s basically going to play like a traditional Monster Hunter game…except that you’re going to be playing with other people at all times. Except some epic (and downright pants-wettingly-terrifying) monsters and bosses, requiring both co-ordination and co-operation to take down.

There are some pretty dirty words associated with Game of Thrones: Seven Kingdoms. Not only is it going to be free-to-play, it’ll also be browser-based, to boot. In spite of these failings, though? It looks extremely promising. Set during the events of the first novel in Martin’s Song of Ice and Fire series, Seven Kingdoms will detail a struggle between three factions – House Baratheon, House Lannister, and House Stark – as each attempts to install a Hand at King’s Landing. Players will join a lesser house (which will double as their guild) and join one of the three factions, defecting if they decide that another faction is better-positioned for victory. Whichever faction succeeds receives a whole host of bonuses for a short time. Expect a lot of PVP combat and political intrigue. Siege battles, skirmishes, and objective-based confrontations will all play a major role; dungeons and instanced raids will be entirely absent.

There’s also no class system; combat will be action-oriented and take place in realtime.

In case we’ve any Tad Williams fans out there…yes, this MMO is based on the science fiction series of the same name (actually, it’s set some time after the novels have concluded. If you want to read them, you should p
robably do so before playing). In a weird, almost disorienting case of MMO Inception, you are playing as an avatar within this virtual world. At the moment, it’s not terribly clear whether or not you’ve a physical form, or if you’re actually just a living, virtual being. What is clear is that you’ll be able to customize your character pretty much however you see fit, and even create your own virtual world, which you can then populate with creatures whose DNA you’ve absorbed. Otherland will also be free to play.

So, uh….funny story about Earth. In the world of The Repopulation…we kinda destroyed it. Oops. The last remaining humans have fled their dying world to find themselves standing on the surface of the alien planet of Rhyldan. Unfortunately, the indigenous life-forms are pretty much universally hostile, and many of them quite strongly feel that human meat is an integral part of a balanced diet. As if that’s not enough, everybody started bickering almost the moment they landed, and what remains of mankind has now split into three separate factions.

The Repopulation is a sandbox in every sense of the world. Players can create and design their own cities, structures, nations, and homes, the economy is entirely player-driven, and gameplay is based on tiered skills rather than levels. This game is huge – and incredibly complex. If the folks at Above and Beyond Technologies play their cards right, this could well be one of the deepest sandbox MMOs ever released. Or it could fall flat – things could go either way at this point, sadly.

Last, but certainly not least, we’ve got Black Desert Online, a fantasy sandbox MMO. Like many of the other titles on this list, it’s going to be a seamless MMO – that means no loading screens or zones, save for instances. Unlike the others, Black Desert Online is actually going to have a rather intense climate and weather system. Each region of the game has its own unique climate; each climate will force players to adapt to it in very specific ways. In warm regions, for example, players can farm and fish, while desert regions will be more focused on mining and the like.

It gets better. Players can set up or purchase their own houses, complete with a set of NPC (or perhaps even player) neighbors who will visit them frequently. From the looks of things, this isn’t just a world your character will be doing battle in; it’s a world they’re going to be living in.