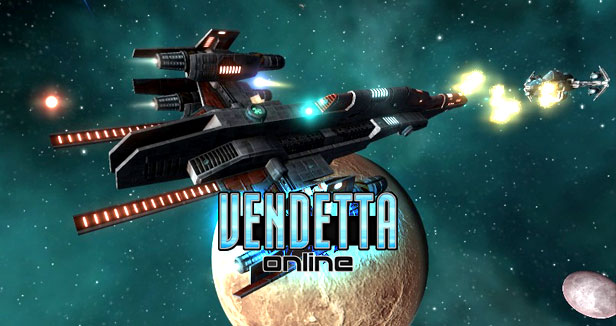 As seen on Todays Daily XP Video!
Guild Software have just revealed that their highly popular space MMORPG game now supports virtual reality in the form of the Oculus Rift VR headset devices. Vendetta Online is the longest-running cross-platform MMO available today. Originally launching in 2002 the game has since been made available on Android and now has support for WinRT and independent devices such as the OUYA.

“We’re thrilled to help bring our users the next level of immersion in a
virtual world. For the moment, support is limited to the Windows version of our game,
but we intend to expand this to other platforms with device
compatibility”

The debut of the Oculus Rift compatibility for Vendetta Online is the first time an MMORPG game has ever officially released support for the science-fiction device of yesteryear. Those using the Oculus Rift will notice an automatic detection once launching the game, offering immediate VR support and capabilities.

Guild Software have also released a major new graphical update for the game to coincide with the VR support. New highly detailed planets have been added and more graphical updates are expected in coming months.