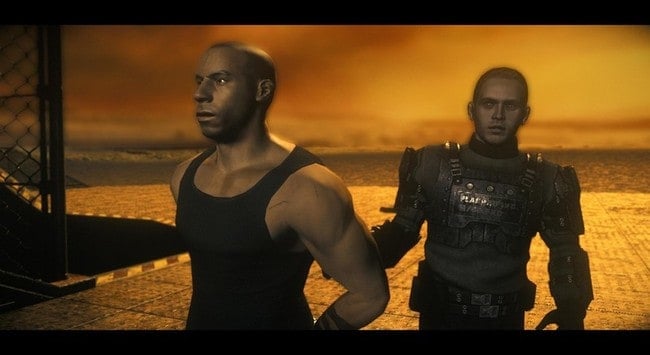 As seen on Todays Daily XP Video!
During a recent interview with IGN,
Hollywood legend Vin Diesel has leaked information regarding a sequel
to the popular Chronicles of Riddick games. The original titles didn’t
exactly rewrite the genre but for games based on a movie character, they
actually managed to do a pretty good job. Vin Diesel worked closely
with the development team, Starbreeze, during the creation of the first
two titles and it appears that trend will stick with the third game.

?We?re
re-assembling the team who made Escape From Butcher Bay. We got our
guys in Sweden that were part of Starbreeze and we?re pulling them back
together to make the next Riddick game.
?There?s this huge concept which is more of an MMO game
that would be centred around people being able to play mercs. It?s
basically the merc trade?

The Chronicles of Riddick is
widely considered to be the best title out of the Swedish studio and
despite Vin Diesel’s huge success in other movie franchises, it’s great
to see the star still giving some love to Riddick.

As he mentioned in the interview the game is still in the concept stages so I wouldn’t expect to hear anything official until next year.