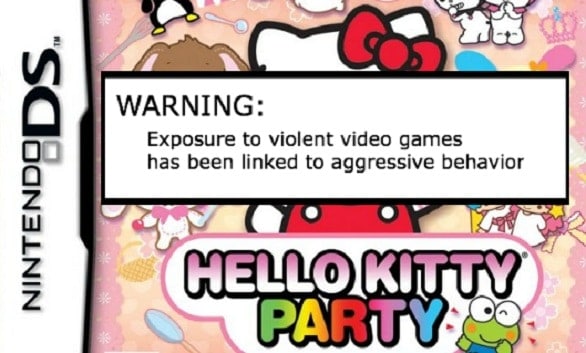 A new bill has found its way into congress called ?The Violence in Video Games Labeling Act.? The bill would effectively require all video games rated ?E? and up ? yes I did just say ?E? ? to display a disclosure stating ?Warning: Exposure to violent video games has been linked to aggressive behavior,? much the same way cigarette boxes have the Surgeon General?s Warning.

The bill was proposed by reps Frank Wolf (R-VA) and Joe Baca (D-CA), who had tried to pass a similar bill in 2009. The only difference to the current bill is that the minimum rating of ?Teen? would be required to display the warning. Yes, when your bill doesn?t pass just make it more outlandish and extreme the next time around.

?Representative Baca’s facially unconstitutional bill — which has been introduced to no avail in each of six successive Congressional sessions, beginning in 2002 — needlessly concerns parents with flawed research and junk science,” says ESA rep Rich Taylor.