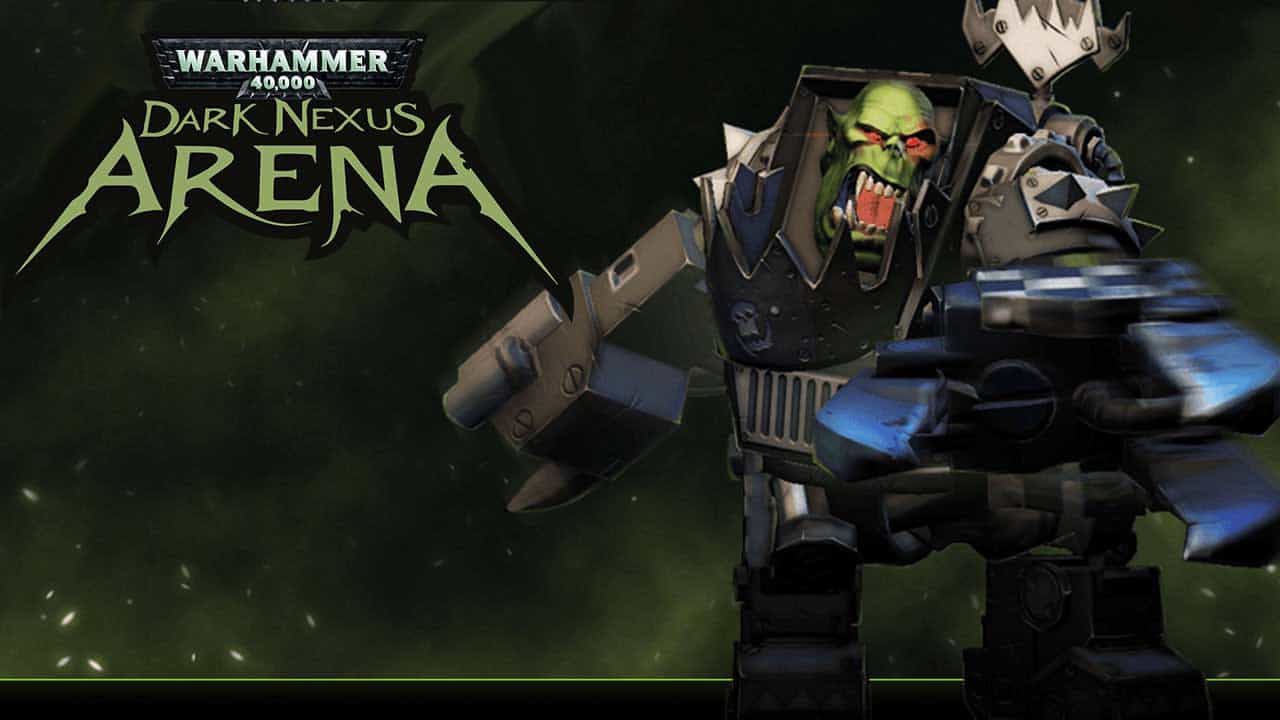 This is a short guide to all the Veteran’s (heroes or champions for those familiar with other MOBAs) that will be in the upcoming MOBA from Whitebox Interactive and Games Workshop Limited. From what we can gather there will be at least 12 when the game initially goes live.

[heading]Stormboy | Orks[/heading]
Stormboys spend most of their time running combat drills, perfecting their rash tactic of strapping themselves to rockets and launching themselves at the enemy line.

Blastoff!: Jump to a target location, crashing down to stun yourself and nearby enemies.
Blitzkrieg: Increase your attack rate for 3 seconds.
Love the Bomb: A bomb explodes after 3 seconds, dealing damage around you.
Blaze of Glory: Arm a warhead and launch yourself forward, exploding on impact to damage, knockback and slow enemies.
Fight of Flight (passive): When your health is low, your cooldowns are reduced and abilities gain additional effects.

[heading]Assault Terminator | Space Marines[/heading]
To be deemed worthy to wear the ancient and powerful Terminator armour, a Space Marine must have proven himself in the face of overwhelming odds time and time again.

Assert Dominance: Unleash a cone of force that damages and slows enemies.
Seismic Stamp: A shockwave damages and marks enemies. Attacking a marked unit damages and stuns them.
Lead the Charge: Passive: Allies moving towards you have increased speed. Active: Charge forward with increased speed.
Deep Strike: Teleport to anywhere on the map, creating a warp rift that damages nearby enemies and pulls them towards you.
Stand and Face Me (passive): The Assault Terminator takes reduced damage when attacked from the front.

[heading]Fire Warrior | Tao Empire[/heading]
The Tau are not as physically strong or agile as other races, but they more than make up for it with their technological prowess and strategic aptitude.

Volley Fire: Fire a burst of three rapid shots.
Crippling Shot: Your next attack slows enemies.
Ranged Warfare: Passive: Increases your weapons range. Active: Reduces incoming ranged damage.
Fires of Destruction: Fort a short time, Volley Fire gains a shorter cooldown and no energy cost.
Way of the Warrior (passive): You have increased damage, so long as an enemy is near you.

Obviously this guide will need some work, the game is still in its early stages and will be updated as soon as we learn more about the Veteran’s coming to Dark Nexus Arena. Leave us a note if you want us to add anything to the guide!