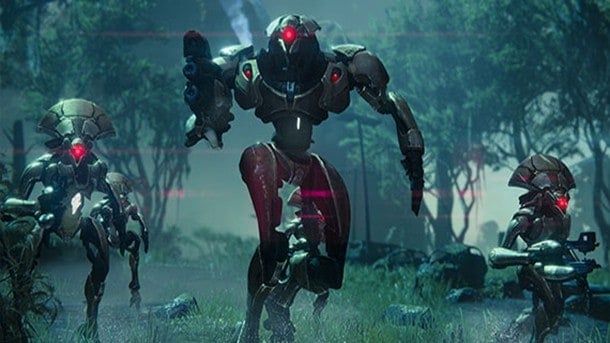 The most pre-ordered new video-game IP in history is set to make its mark as Bungie and Activision announce the immediate release of the highly anticipated online shooter, Destiny. A star-studded list of characters joined the UK launch event on London’s Southbank as Anthony Joshua, Ashley Young, Professor Green and Danny Care showcased the multi-award winning Destiny to thousands in attendance.

During Destiny’s testing period in July over 4.6 million people tested the game in the biggest console beta of this generation. Millions are expected to enjoy the game following the midnight launch with some individuals queuing for hours to get their hands on a copy.

“Destiny
has been a labour of love and a remarkable creative journey for
everyone at Activision and Bungie,” said Eric Hirshberg, CEO of
Activision
Publishing Inc. “We feel that we have the opportunity to launch
something huge – not just into the gaming landscape, but the pop
cultural landscape. Arriving at our launch day with this much support
and enthusiasm from fans and retailers is downright exciting.
Moments like this just don’t come around very often.”

“Destiny
is the game we’ve always wanted to make,” said Harold Ryan, Bungie
president. “We’ve dreamt of this universe for years, so we couldn’t be
more thrilled to swing open the
doors and let fans shape this experience as they tell their unique
stories in the game. For us, the next generation of games is all about
allowing players to collide and interact with each other as they take on
epic, action packed adventures all their own.”