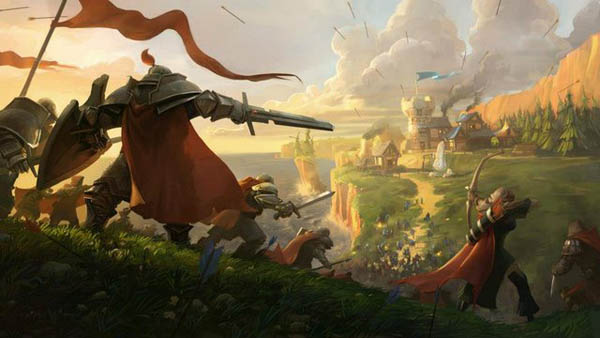 The next Alpha test for Albion Online is just around the corner, beginning on the 15th of September.  Since the last test, there are numerous changes that have been outlined in a brand new video released by the developer, Sandbox Interactive.  Some of the biggest changes include Mounts, Guild Alliances, Player Cities, Fast Travel, Castle Sieges and new and improved maps.

The Destiny board has undergone a number of changes both visually and in terms of structure.  It is now much easier to read and navigate, with four distinct branches of progression for players to follow: gathering, crafting, combat and overall fame.  Master levels are another new addition to the board, whereby players can choose to hone a skill, in order to master it.

There are two classes of mounts, the horse and the oxen.  Horses allow players to be transported quickly through the ever-growing world, while oxen help players carry goods to and from local marketplaces.  These mounts can be crafted at new stable buildings in towns.

Region maps have been added, which give players a more detailed look at the region they are currently in.  The map displays details about what level of PvP is allowed in the region, the resources available, and an overview of any guild territories.  Players will also find the buildings, crafting stations and real estate plots available.

There are many more changes coming to the upcoming alpha test, which you can read at the Albion Online forums, or through the video embedded below.  In order to guarantee a spot in the alpha test, you will have to purchase one of the founders’ packs, which can be purchased for prices ranging from $29.95 to $99.95.
https://www.youtube.com/watch?v=ymRz-iKZpfE