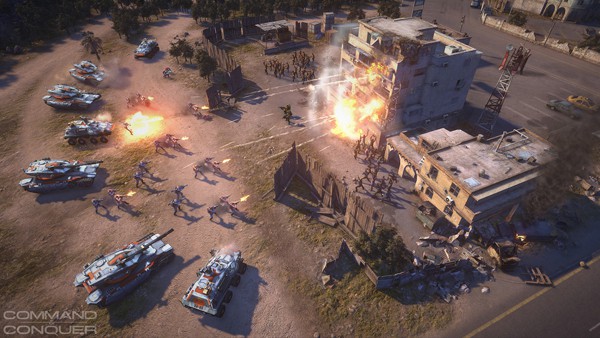 As seen on Todays Daily XP Video!
Victory Games and Electronic Arts recently announced that the highly anticipated Command & Conquer closed beta will begin the week of November 25th. The upcoming free-to-play MMORTS will take elements made famous by the Command & Conquer franchise and deliver them in a truly breathtaking 3D game world, stepping away from the recipe on display in Command & Conquer: Tiberium Alliances.

The full official launch is expected to arrive in February with an open beta expected before the end of the year. The developers claim that Command & Conquer will see a ?return to the
core gameplay that put the series on the map?.

We’ve not really heard much since the original announcement at Gamescom last year so it’s good to see the game is still alive and well. Check out the official trailer below before heading to the website for more information.