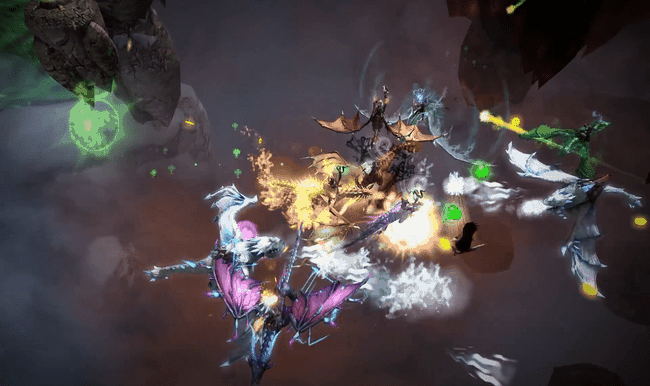 Indie development studio Wyrmbyte’s have just announced that their latest free MOBA game, Dragons and Titans, has entered the open beta testing phase. The cross-platform MMO is aimed at a mid-hardcore MMO audience and is now available to play on Facebook with a partnership through Zynga.

Dragons and Titans entered closed beta in late 2012 and generally received positive feedback from both players and the press, a welcomed outcome for the first title to come out of the studio founded by the industry veteran Scott Brown. The game combines the easy access of the browser-based platform with the in-depth mechanics associated with most MOBA titles, delivering a fast-paced action experience that players can join in seconds.

?In the final stretches of putting together a next-generation social game, we believe there?s no better way to achieve success than engaging directly with our players,? said Brown, founder and president of Wyrmbyte. ?We?re eager for players to offer their unique input and touches to the game, so that we have Dragons and Titans near perfect for the game?s official launch later this year.?

In true MOBA style Dragons and Titans will support 5v5 tactical combat with each team having access to over 17 unique characters, most modeled around dragons. Item builds also play a part, albeit a little less extensive than normal, as players can choose from 16 different weapons every match.

It’s going to take something special to pull players away from the big MOBA games of today but a browser approach could be just what the genre needs. Interested parties can experience the game on Facebook