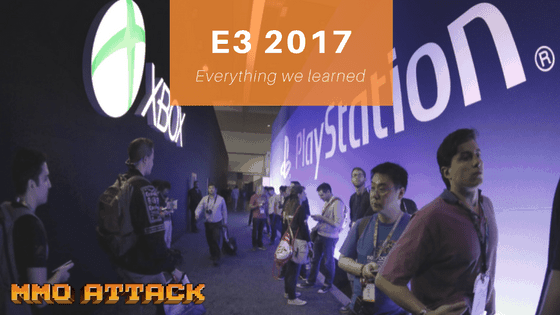 It’s tough to determine a “winner of E3” this year. One could easily say that Microsoft stole the show with their reveal of a new Xbox, although we won’t know how successful it will be yet because of its high price tag. Companies like Sony and Bethesda presented huge reveals in regards to VR but once again, we will need to see how the community reacts upon release. The announcements at the 2017 E3 Expo marked a new age for gaming and technological advancement; this new era will require more exploration before we can determine if E3 was a success this time around. Arguably the biggest reveal from this year’s E3 was the Xbox One X from Microsoft. To date, the Xbox One X will be the most powerful console available, capable of true 4k resolution and 326 GB of memory bandwidth. The only drawback is the $499 price tag which is $100 more than the new console from Sony. Several industry analysts have already voiced their concern that the price for the new Xbox will simply be unaffordable however, you are definitely getting your money’s worth based on the specs that were revealed. Several new games were revealed for the new console including Forza Motorsport 7, Assasin’s Creed Origins, and Metro Exodus. In addition to the long list of titles Microsoft revealed, they also dived deeper into previously announced titles such as Middle-earth: Shadow of War and Anthem. Sony used the majority of their segment to discuss more details on previously announced games such as Destiny 2 and God of War. There were also announcements of new games including a remastered edition of Shadow of the Colossus on the PS4. Like their Microsoft competitors, Sony revealed their plans to incorporate VR. Games such as Skyrim and Final Fantasy XV’s Monster of the Deep will have PSVR exclusive versions. To end, Sony gave an extended peak at their new Spider-Man title. The game features similar combat/movement mechanics to Batman Arkham and will feature quick-time events when saving the people of New York. EA’s kicked things off with the announcement of new games such as Madden NFL 18 and A Way Out, however, the focal point of point of their conference was an in-depth look at Star Wars Battlefront 2.

In addition to releasing a teaser trailer, EA gave a first look at multiplayer and new heroes that will be available in this much-anticipated sequel. Lastly, EA gave a teaser for the new Bioware game, Anthem. The title has not been given a release date yet, although Bioware hopes to release the Anthem by early next year. Ubisoft delivered a solid showcase at this year’s E3 event. Among the biggest announcements were the reveal of Super Mario Odyssey and Rabbids Kingdom Battle. We were also given more details about recently announced games including Assassin’s Creed Origins, South Park: The Fractured but Whole, Far Cry 5, and Steep: Road to the Olympics. Lastly, Ubisoft announced several new titles in development such as The Crew 2, Skulls and Bones, Transference, and much more.

Nintendo revealed several surprises during their E3 2017 spotlight. Most notably, Nintendo announced that a new Pokémon game is in the works in addition to Metroid Prime 4. We also received a more in-depth look into games that were announced earlier this year. Rocket League will be available on Nintendo Switch sometime during the holiday season this year; in addition to Nintendo themed in-game items, the cross-network play will be available. We were also given a look at an extended trailer for Xenoblade Chronicles 2 on the Nintendo Switch which is also set to release during the holiday season. In other big news from Nintendo, a trailer for the new Zelda: Breath of the Wild DLC was revealed. The DLC will feature additional gameplay, a new difficulty mode, and a plethora of new items. Bethesda began their E3 presentation by giving us a look at their new VR games in development, Doom VFR and Fallout 4 VR. They also revealed updates for existing titles. Leading the charge was the announcement of Elder Scrolls Online: Morrowind, a DLC for the incredibly popular Elder Scrolls Online MMORPG. The DLC will include an entirely new explorable area, tons of additional quests, items, and much more. We were also given a look at the Skyrim Creation Club, an innovative approach at adding new game content to classic games like Skyrim and Fallout 4. The Creation Club will allow community creators to work directly with Bethesda to create new content for their games. What sets the Creation Club apart from conventional modding is that all created content will be compatible with achievements and previously saved games.