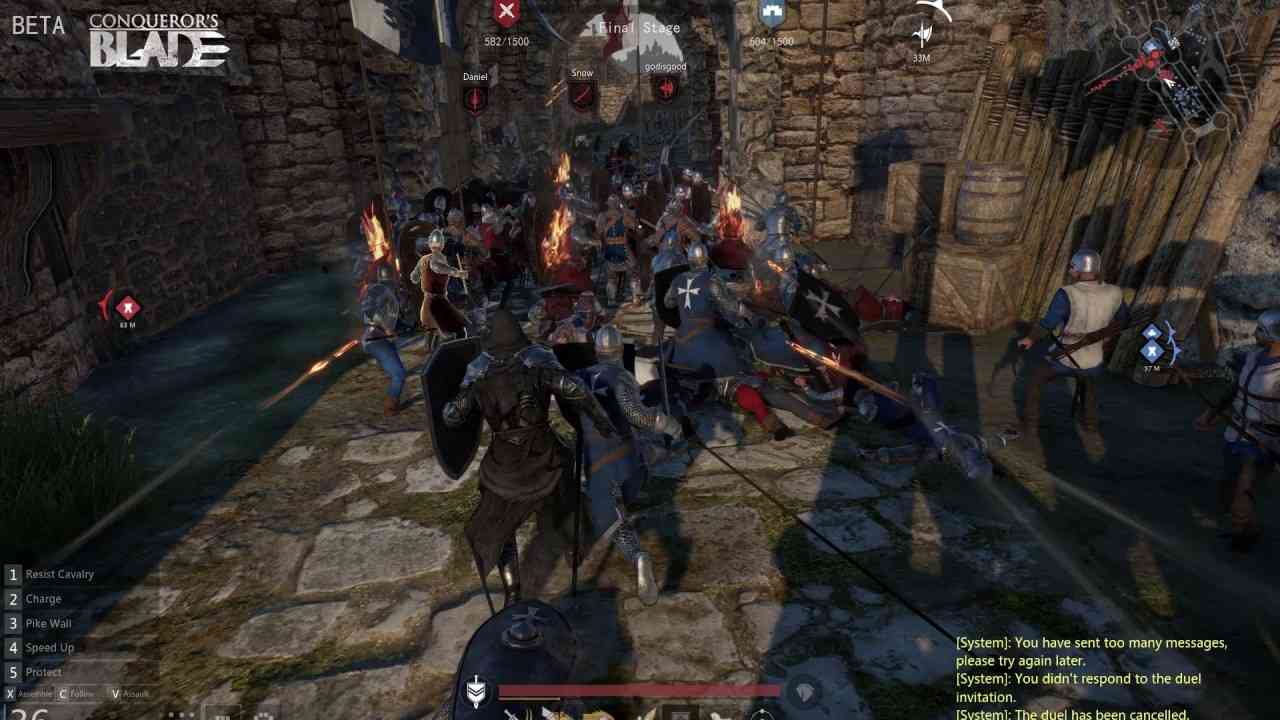 Hey Attackers, we’ve got another batch of promising MMOs to take a look at today. This time we wanted to focus on some of the unique titles, ones that may have gotten lost in the hustle and bustle of E3 coverage.

First up is Conqueror’s Blade, a free-to-play PC title which focuses on large scale, PVP battles. This is a game that has actually been around for a while and is being produced by Chinese company NetEase. The game, which is known as War Rage in China, is entering its final closed beta. The game was playable at E3 and so far it looks like an intriguing title.

As you can see, you control more than just your character. You also have to manage your army and determine their stance, formation and more. It’s an enticing blend of RTS and action based combat and we’re eagerly awaiting its release here in the states.

The next game we wanted to take a look at was Durango. Durango is a dinosaur focused MMO being made for mobile devices and looks to be perfect for all of you hardcore mobile gamers out there. There seems to be a good variety of tasks to undertake in the game. You’ll be building and managing settlements, fishing, crafting and of course–battling giant dinos. And probably smaller ones too. There will also be real-time PVP battles as well, so there is really something for everyone here.

Just from this 2-minute video, you can see that there’s a ton of depth for a pocket MMO. We don’t know for sure when Durango will be out but expect to do some big game hunting toward the end of this year.