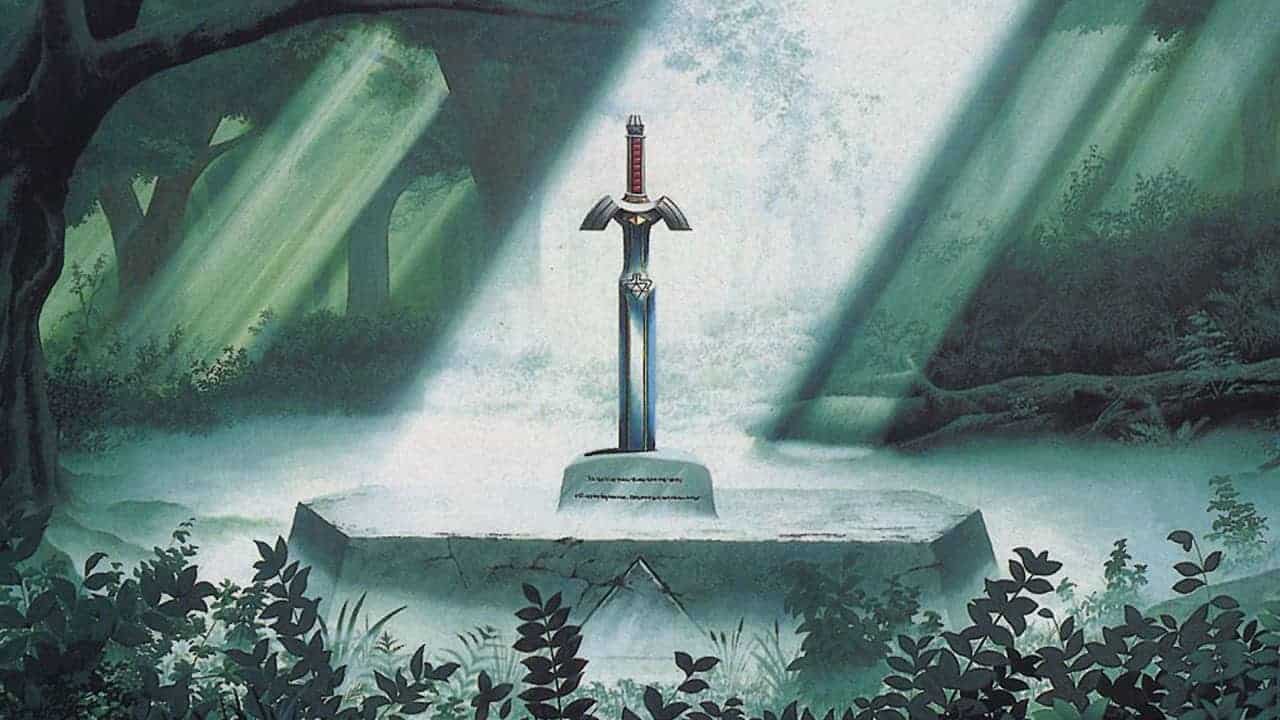 A warrior is only as good as the weapon they wield. More often than not, it’s the most memorable thing about them, defining everything from how they fight to who they associate with. With that in mind, it’s not terribly surprising that we’ve seen some unique – and downright awesome – pieces of weaponry wielded in video games over the years. Today, we’re going to take a look at some of the most memorable.

Most of the weaponry here shouldn’t even need much of an introduction – I’m certain that, as you read on, you’ll find that each character’s equipment is as much a part of them as the clothes they wear or the role they play. That’s what makes them so iconic – the hero cannot exist without the weapon; the weapon is useless without the hero.

First up on the list is the legendary Blade of Evil’s Bane, first blessed centuries ago in the flames of the Goddesses. Equipped with the power to repel evil, it’s played a vital role in Hyrule’s history, forcing back the Demon King Ganon wherever he surfaces. It’s as much a part of LoZ lore as the triforce, or the princess – without the sword, there is no hero, and without the hero, Ganon will ultimately triumph.

A brutal set of weapons for one of the most brutal protagonists to ever grace one of Sony’s systems. Equipped with chains that allows them to be spun and swung with reckless abandon, these heavy blades are Kratos’s weapon of choice whether he’s slaughtering hapless civilians or kicking in the teeth of the God of War himself. Impractical? Hell yeah. Awesome? You’d best believe it.

A wise man once claimed to have discovered the root solution to every practical problem: gun. If that doesn’t work? More gun. If you’re still at a loss? Might be time to pull out the BFG 9000, one of the most badass guns of all time. This devastating beauty fires supercharged, giant green balls of plasma which explode for massive damage, often clearing entire rooms of foes (and sometimes friends) while generally resulting in an instant kill on whatever target it strikes.

If you’re looking for a weapon that will allow you to bask in sheer destructive glee, look no farther – this one’s the maniacal madman’s firearm of choice.

I love the gravity gun, even if it did kind of come into being as a means of showing off Half Life 2’s new physics engine (search your feelings, you know it to be true). When equipped with the gravity gun, just about anything could be a weapon (within reason). Never mind rocket launchers, machine guns, or grenades; try launching cars, shipping crates, and buzzsaws instead.

Although I was at first sort of hesitant to include two weapons from the same franchise, the level to which the crowbar influenced the culture of first-person shooters cannot be ignored. Before the release of the original Half-Life, it wasn’t exactly common for a protagonist to come equipped with a melee weapon right out of the box. After Half Life, though?

For Mario, I wasn’t really certain if I should include the fire flower or the hammer to the list, but a close look at the Super Smash Brothers franchise pretty much made the decision for me. The hammer was one of the first real weapons Mario used (see Mario RPG), and in the Smash Bros series it’s a game-changer. The only item more powerful is the Smash Ball; a well-timed hammer blow can be the difference between victory and defeat.

Although it technically didn’t see its start in video games, the Lightsaber has – with Lucasarts’ help – established itself as one of the most immediately-recognizable weapons in video game culture (just as it’s the most recognizable in geek culture as a whole). You can’t have a Jedi or Sith without a Lightsaber – it simply doesn’t work; the weapon is as much a part of them as The Force or their code.

I’ve always been a bit of a Megaman fan-boy, so it shouldn’t come as much surprise that the ultra-powerful mega buster (and its successor, the X Buster) made the cut. The mega buster’s strength lies as much in its adaptability as its raw power; without it, Megaman wouldn’t stand even the remotest chance against Dr. Wily’s troops.

4 thoughts on “Eight Iconic Weapons From Gaming’s Past”