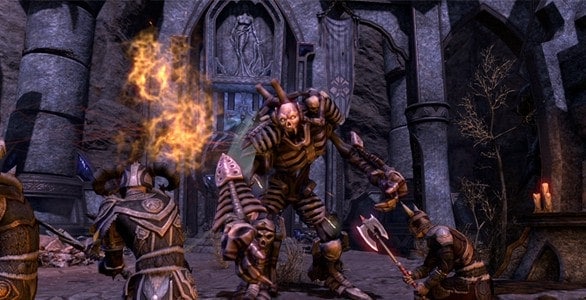 Now that The Elder Scrolls Online has recovered from its early access woes the developers have had time to put together an exciting list stats and figures in a newly released infographic. According to the new information over 5 million people registered to participate in the closed beta events, the equivalent to the entire population of Norway or double the average amount of Big Macs consumed worldwide in 24 hours.

The developers also recorded the strangest offers in exchange for beta keys, with two individuals offering to trade their first born child and a left arm to explore the expansive world of Tamriel. It’s currently unknown whether or not the developers decided to accept either of these offers.

There are already 61 million items in the game and over 40 million unique weapon variations. It would take an average person 32 hours to read the entirety of content available via in-game books and 15 years real-time to meet 15,000+ people – the number of NPC’s currently in The Elder Scrolls Online.

The Zenimax Online Studios team also admitted to drinking copious amounts of coffee during development, 162,784 to be exact. Did they really count that? What if a developer sneaked out during work hours and had a quick cuppa?

For more information you can check the link below.