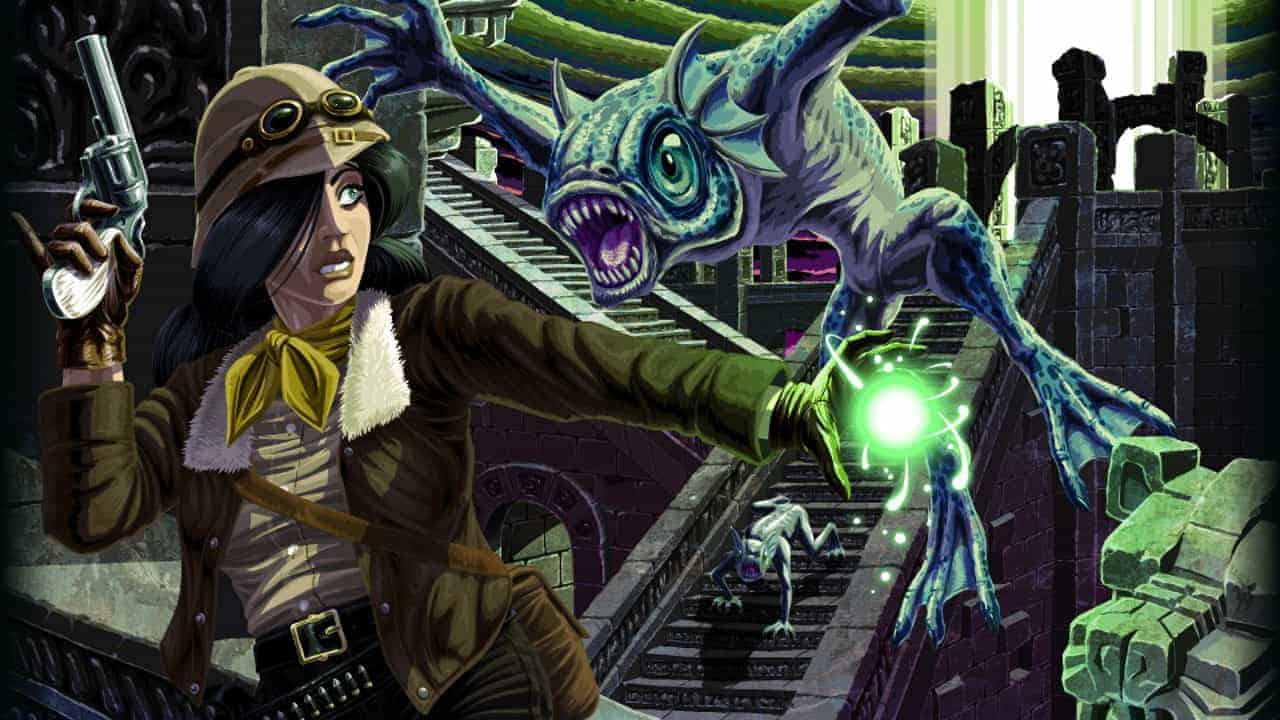 Everyone…I love roguelikes. I love random map generation. I love permanent death. I love unstoppable hordes of overly-powerful enemies. I love item scarcity, starvation mechanics, and character progression. Roguelikes set in ancient dungeons, in spaceships, in alternate dimensions; in the past, and in the future. I love every breed of roguelike developed upon this Earth.

Yeah. Roguelikes are kinda my cup of tea. Call me a masochist, but there’s something about the constant threat of losing all your progression that makes every victory taste all the sweeter. Luckily for me, the huge surge in independent development we’ve seen in the past few years means there’s no shortage of deadly, dangerous, and challenging titles with which I can pass the time. Today, I’m going to share with you folks a few of my favorites.
[heading]The Binding of Isaac: Rebirth[/heading] First up on our list is the remake of Edmund McMillen’s warped and twisted roguelike shooter, featuring new enemies, mechanics, and characters. The basic narrative and gameplay remains the same, of course – albeit a bit more polished. You step into the shoes of Isaac, the unfortunate child of a mentally disturbed mother who thinks God has ordered her to kill her son. To escape her, he descends into the basement, fighting through his twisted, deformed siblings in the process. It sounds a bit disturbing, and granted, at times it is, but it’s still a solid game and incredibly fun to play.

Oh, it’s also free for PlayStation Plus users right now, so there’s that.
[heading]Sword of the Stars: The Pit[/heading] Our next title comes from something of an unexpected franchise. Sword of the Stars: The Pit is set within the universe of the same name; a series which was previously known for its deep-space strategy games. Your planet has been ravaged by an ancient plague, and it falls to you to descend into an ancient alien facility in order to seek the cure. I’ll give you fair warning, this game is fun, but can be a bit of a drag – it’s turn-based, leaning heavily on its roleplay elements and on random item generation. What this means is that there’s a very good chance you won’t even die to the various mutants, zombies, and robots patrolling the facility – you might simply starve to death.

Still, it’s a good way to kill a bit of time if you’ve an hour or two.
[heading]Dungeons of Dredmor[/heading]

Dungeons of Dredmor is one of the two games I simply couldn’t neglect for this list – even if I have covered it before. It features a surprisingly deep system of character customization (there are no classes, you instead choose several different ability paths that you’ll progress along), and an awesomely off-beat sense of humor. Like Sword of the Stars, it leans pretty heavily on role-playing elements, and it’s both top-down and turn-based – I’d actually say the previous game derives quite a few of its gameplay elements from DoD. Anyway, long story short, it’s a pretty legendary roguelike – and you’re missing out if you haven’t played it.
[heading]Don’t Starve[/heading]

Don’t Starve is another game I’ve covered before on MMO Attack – and another game that more than deserves a place here. You’ve been pulled into a mysterious dimension by a demon named Maxwell – and it’s up to you to build yourself a base of operations, gather weaponry to defend yourself from the world’s bizarre denizens and – perhaps most importantly – avoid starving to death. It’s got an awesome, unique art style and a whole hell of a lot of personality to augment the well-designed crafting system that forms the game’s core.
[heading]Eldritch[/heading] Last on our list, we’ve got Eldritch – a voxel-based game that draws heavily on Lovecraftian lore. Basically, you’ve been drawn into a mysterious, ancient library with a deep connection to several Elder Gods – all of whom have escaped. Using profane books within the library, your task is to travel to each of the gods’ dimensions, acquire their souls, and seal them away among the stacks. It starts off feeling sort of like a Minecraft-based shooter, but quickly gets exponentially creepier, as the types of enemies grow gradually more threatening and disturbing.

Anyway, there’s a few of my favorite Roguelikes. If you’ve any you’d like to add to the list, feel free – I’m always up for discovering an awesome new game to play.
[heading][/heading]