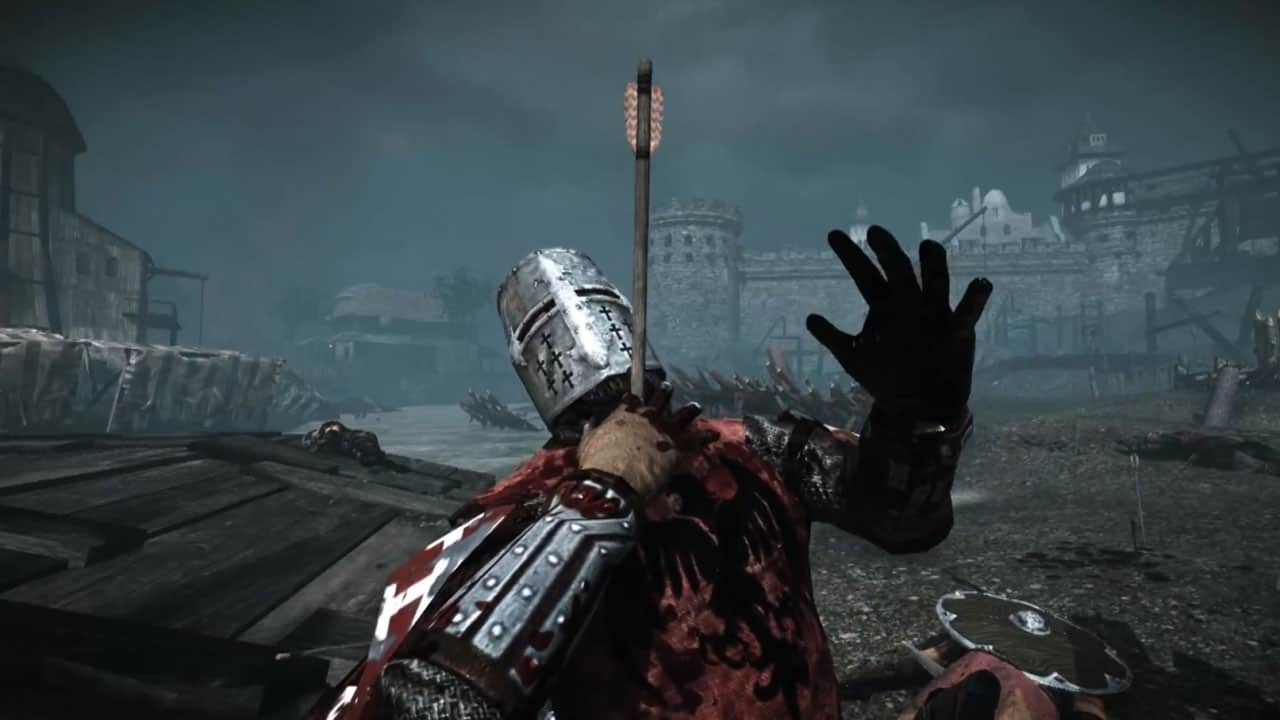 Even though I’m rather patently awful at strategy (I wouldn’t trust myself to command my way out of a paper bag), strategy games have always been something I enjoy. Yeah, I know – kinda weird, isn’t it? I could probably write an entire piece on the matter, and still not have any real idea why I’m such an odd duck. I’m also a huge fan of the medieval era, particularly if there’s a bit of a high-fantasy bent to it. There’s just something about sword and sorcery that’s enchanting, you know?

Understandably, this means I’ve played my fair share of medieval-themed war games, both strategy and action. Today, I’d like to share a few of these titles with you. Note that not all of them are strategy titles…just most of them.

The first item on our list takes the traditional, class-based format of first-person shooters like Team Fortress 2 and hurls it back a few centuries. What that means is that, aside from the Archer class, the game is almost entirely melee-oriented. While a lot of FPS veterans might shudder at the thought (shooters and melee don’t tend to have the best relationship with one another); Chivalry: Medieval Warfare probably has some of the most polished combat I’ve ever seen. I will say, though – there’s a bit of a learning curve. Don’t be entirely surprised if you’re completely awful for the first couple games you play. Things can be pretty hectic.

I’d rather not talk about how many hours I’ve whittled away playing Mount & Blade: Warband; a weird combination of action-RTS, RPG, and troop management. You start out as a shiftless mercenary with grandiose dreams and goals, and can eventually climb your way up – either through sucking up to the right nobles, joining the court of a king, or simply pillaging everything in your path – to become a legend of the battlefield. The ultimate goal of the game, I’m told, is to conquer all of Calradia as king, but I’ve not quite gotten that far yet.

If you thought Mount & Blade was intense, you haven’t seen anything yet. Crusader Kings 2 is a top-down kingdom management game which puts you in the shoes of any of a number of historical rulers. Competing with either the AI or the players, your goal is to establish a dynasty that’ll last through the ages. In order to do this, you’re going to need to keep an eye on your fellow nobles – there are more than a few who will do anything it takes to get ahead – and pay attention to the particular pedigree of anyone you’re marrying your children off to.

Basically, it’s one of the most in-depth medieval strategy games I’ve ever played. I’m currently taking a break from it, since I whittled far too many hours of my life away on it already.

Total War is no less impressive than Crusader Kings in its scope and scale. The word ‘epic’ actually falls short of describing this medieval strategy game, which allows you to switch between a “big picture” view of the world and a close-up view of the battlefield. The developers have taken great pains to cover pretty much every facet of medieval life, including religion and politics. Like Crusader Kings 2, this isn’t really a game you play if you want a short, bite-sized experience. Even the shortest Medieval 2 campaign can take hours (or even days) to complete.

Last on our list is the fantastic Europa Universalis III. Although it only spans about 330 years of Renaissance and Reformation history, it does so with a level of depth that most other strategy titles can only grasp at. Surprisingly, in spite of how complex and involved it is, it’s actually incredibly accessible. You’ll be ruling your own nation in no time (and you’ll probably pour far too many hours of your life into the game in doing so).

7 thoughts on “The Six Best Medieval War Games Ever Made”