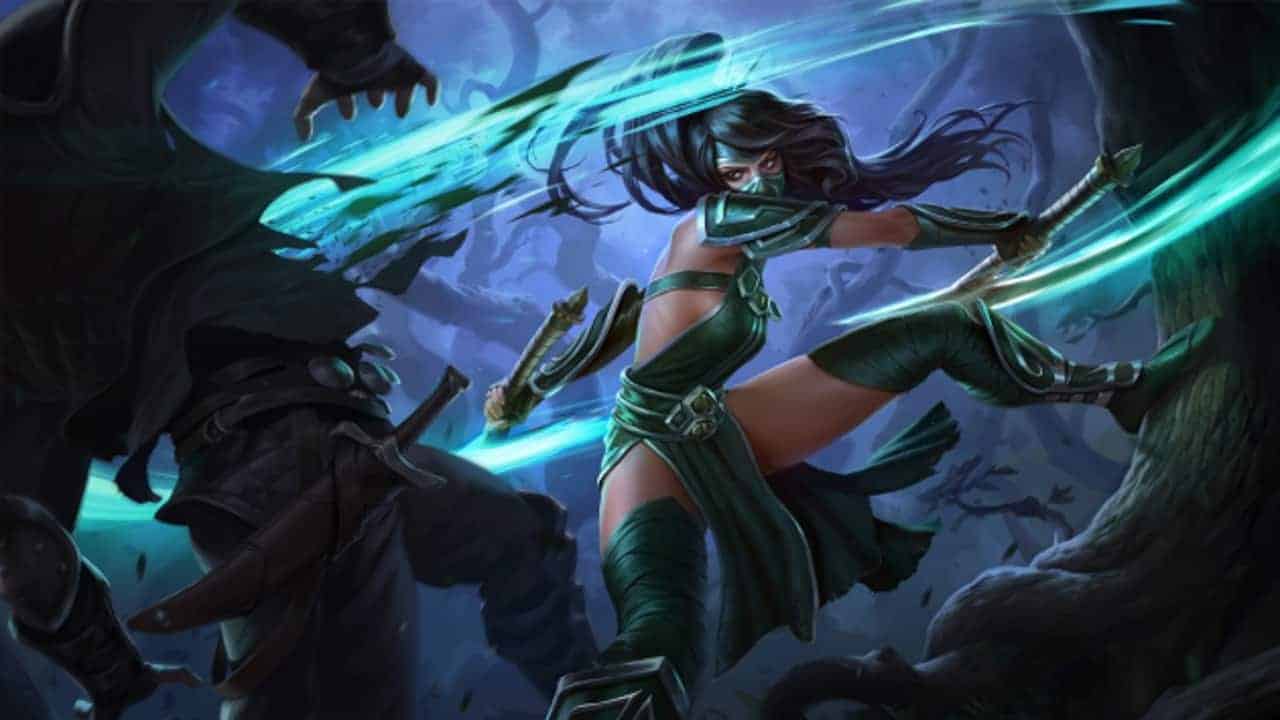 Everybody’s encountered a champion they feel to be OP before. After all, it’s hard not to feel at least a little resentful when someone stomps you with a champion that doesn’t seem to have any clear-cut weaknesses, right? Thing is, any champion can seem absolutely overwhelming when someone’s good enough with them.

I think that’s why figuring out how to balance a game like League is so difficult – sometimes, all it takes for a champion to rise to the top of the meta is for someone with the right play-style to come along and dominate.

The reality is that League of Legends is more balanced than it’s ever been. Now, even with that in mind, there are certain areas in which Riot stands to improve – certain champions they need to take a long, hard look at in terms of power. Today, we’re going to discuss just a few – here are some of the most overpowered champions in League of Legends.
[heading]Katarina[/heading]

Full disclosure here – I’m a Katarina player. She’s one of my mains, and even I agree she needs a bit of a rework. Her mid-game scaling is just too ridiculous – if she manages to get even a slight lead by the time she acquires her ultimate, then it’s all over for her opponents. Worse, her passive means that each kill brings her closer to wiping out an entire team. Thankfully, Riot’s already realized this, and they’ve both increased the cooldown and reduced the damage of her ultimate at early levels – a move that was inarguably necessary.
[heading]Morgana[/heading]

At lower ELOs, Morgana isn’t necessarily much of a threat. The nature of her abilities means that, unless the person playing her knows exactly what they’re doing, she isn’t going to have much of an impact. As you move higher, however, her chances of landing her snare increase exponentially – transforming her into an absolute monster whether she runs support or mid. The problem, I think, is a combination of the high damage of her Q and the length of time it disables whoever it strikes.  Otherwise, she’s probably one of the more balanced entries on this list.
[heading]Gnar[/heading]

At first glance, Gnar’s one of those champions you wouldn’t really expect to be terribly overpowered – that is, until you play against a skilled one. His incredibly high mobility as mini-Gnar combined with his relatively respectable damage (those boomerangs hurt, man) means he’s more than a little terrifying – and that’s before he’s even transformed. Again, like Katarina, Gnar’s currently in the process of being reworked – his boomerang throw, boulder toss, and hyper are all getting their damage nerfed, while Mini-Gnar’s getting a slight movespeed buff to compensate.
[heading]Amumu[/heading]

The sad mummy is an absolute monstrosity, both in laning phase and after. His ultimate can shut pretty much an entire team down, and if his team has a bunch of AOE ults, it pretty much ends up being a guaranteed ace. Played properly, the level of influence he can exert on a game is absolutely disgusting, and his ability to engage with Bandage Toss makes him a consistent threat. Even so, he’s not quite so powerful as our final entry…
[heading]Rammus[/heading]

Last but certainly not least, we’ve got the Armor-Dillo, who’s managed to climb to a 70% ban rate in North America (50% worldwide). On closer inspection of the champion, it’s not all that difficult to see why(that link’s a bit outdated, but the basic tenets of it still apply). His mobility is absolutely insane, and combined with the power of his taunt, makes him an absolute nightmare for any AD carry that comes his way. Even against a team that’s primarily AP, three seconds is a long time – long enough for a skilled Rammus to bum-rush the carry and lock them down while their team is decimated.  Basically, Riot needs to do something about Rammus…but I’m not really sure what.

Anyway, there you have it – a few of the most powerful champions currently reigning over the pre-season. Got any you feel should be on this list? Gimme a shout in the comments below. I’m just a silver, after all – I’m basing a lot of this purely on what I’ve heard.

2 thoughts on “Five Champions That Desperately Need A Nerf”