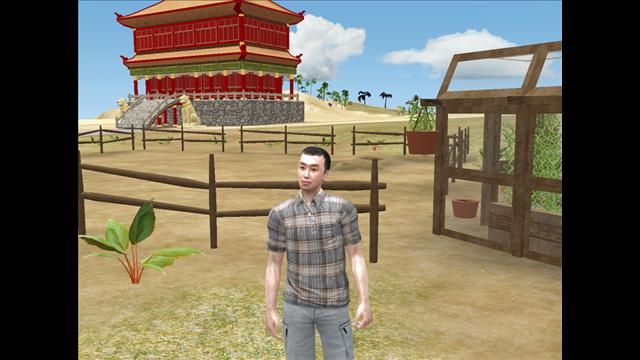 As seen on Todays Daily XP Video!
eGenesis, mostly known for their efforts in A Tale in the Desert, have just announced the upcoming beta dates for their gambling MMO game, Dragon’s Tale. The term online gaming can have a very different meaning in different social circles. Some individuals would consider MMORPG’s and other traditional online video-games as online gaming whereas many others see casinos and other online gambling sources to be the true definition of online gaming. Well now there’s a game that hopes to bridge that gap, Dragon’s Tale.

The game is hailed as the first MMORPG based on real-money gambling. It’s quite the boast but although there have been many other games that focus around real-money economies, none have taken gambling as their main attraction.

“The first thing that stuck me about online gambling today is that it’s a pretty lonely experience, typically one player in a web browser, watching a 2D slot machine. I’ve taken what I’ve learned in the last 15 years building MMORPGs and for the first time applied that to gambling. I’ve created an intensely social world where players can explore the game world together, share techniques, and rely on each other as they level up by completing gambling quests.”

“Furthermore, every game in Dragon’s Tale is novel, and is designed for a 3D environment: You can tip cows, hunt for Dragon’s Eggs, catch fish, run monkeys through mazes, feed ducks. There are 60 different games so far, with new ones being added all the time, and every one of them is a new take on gambling. About half the games are luck-based and half are skill-based.”

Players can also look forward to complex tournaments, the ability to mentor new players and even player controlled in-game authorities. Dragon’s Tale will offer a free trial once it’s launched but if you’re looking to get in on the action early, you can join the open beta on July 12.