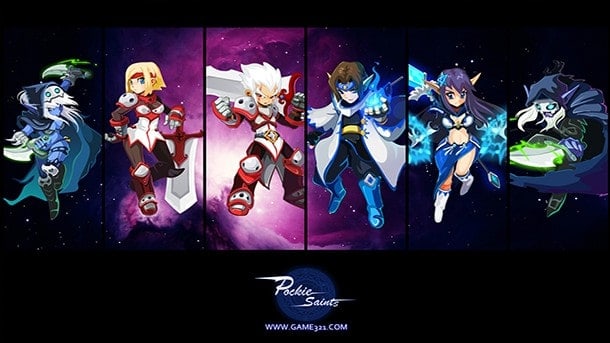 As seen on Todays Daily XP Video!
The Zodiac inspired MMORPG Pockie Saints is finally starting its open beta. Following a popular closed beta phase, NGames has excitedly announced the new transition with a series of special in-game events and giveaways. The first open beta phase begins today and expects to run for at least one full week.

Pockie Saints is action based RPG that will force players to overcome some brutally divine challenges. Whether it?s using the games fun pet system, collecting medals, or mastering Zodiac horoscopes, this MMO has something special for every gamer. Players will even come across a number of unique instances both during and after the beta. These many experiences all take place while characters try to hunt down a Holy Blade, in hopes to restore peace to a world stripped of a protector.

There are a handful of events that come to this MMORPG for a limited time. During this first week of the open beta, players will be subject to receiving daily rewards based on their performance. Prizes will range from special weapon and items giveaways through the Star Reward system, to daily conditional goals being met through a General Reward system. The events giving these awards are scattered throughout the day, so it would be beneficial to check out the games website for a clear schedule. This is also where you can sign up for the beta. Some of the events that can be expected include a Monster Siege, a Golden Beach map, and a brand new battlefield. Watch out for those big bosses too. A World Boss and Outdoor Boss refresh themselves on the map every three hours.