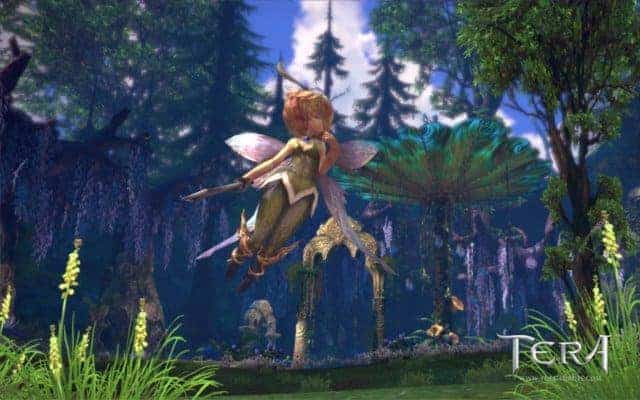 As seen on Todays Daily XP Video!
GameForge have released more information on the latest new features in their action packed MMORPG epic, TERA Rising. TERA launched at the beginning of May last year and despite its engaging combat and action-based features, it failed to appeal to a large enough audience. Following an announcement from the developers the stagnating MMO game changed to a free-to-play model in February. Since then millions of players have joined to explore Arborea and TERA Rising is supporting the biggest community in the games short history

The latest update to the game focuses around PvP combat and offering players new ways to engage with the enemy. Players can now assault the fortress is a number of new ways including battering down the gates, attacking from the skies or using ladders to climb the impressive walls. Whatever your choice, you can expect a variety of new challenges as TERA’s PvP continues to expand.

The rest of the game manages to retain the appeal it offered during its earlier days. Breathtaking visuals, dynamic combat and an exciting variety of dungeons are just some of the features waiting for those brave enough to explore Arborea.