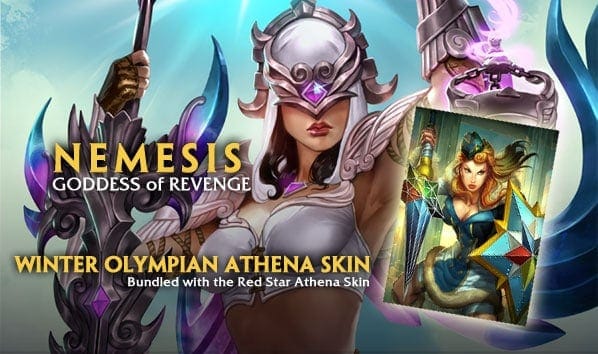 Another week and another exciting SMITE update as Hi-Rez Studios announce the latest character to join the battlefield of the Gods, Nemesis the Goddess of Revenge. Nemesis joins the battle as a physical melee Warrior that specializes in high mobility.

She’s got a pretty impressive variety of abilities, highlighted below:

Accompanying the new Goddess is the regular tweaks and changes to a huge variety of God’s and items, including a long list of improvements and fixes to casting and recovery time – something many players speculate is to help with the current technical problems plaguing the official servers. Red Star Athena also makes and appearance and marks one of the first BOGOFF offers on a new God skin, promising players a free skin if they purchase before February 24th.