Getting More Shadow For Your Buck With Kayn 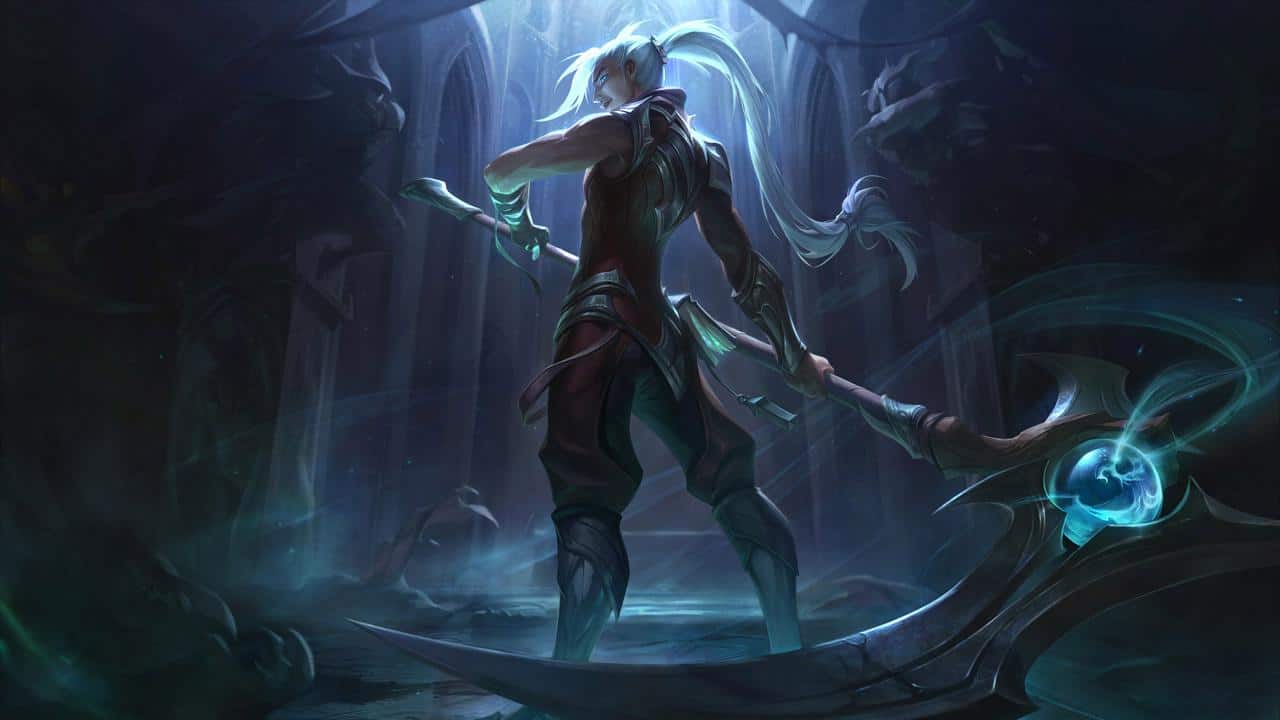 Kayn the Shadow Reaper, has been out for over a week now and it’s clear he’s an interesting addition to League of Legends. His transformation mechanic is incredibly unique and it turns what could’ve been a stagnant character into something with much more depth. But does it go far enough? It’s impossible to get a consensus on his strength at the moment, he’s just been released after all and this is a video game we’re talking about–but as far as his transformations go, things have been leaning in favor of the Darkin, Rhaast.

We’ve played our fair share of Kayn since his release and we’ve had more success playing as Rhaast as well. Do we think Shadow Assassin Kayn feels underwhelming? Yes. Do we think he’s underpowered though? Not necessarily. You see this from time to time with champion releases. They feel underpowered at first but then some pro or random streamer comes along with a build or play style that puts them over the top. But as things stand now, Shadow Assassin Kayn feels lackluster. That’s why we wanted to share a few ideas that build upon his already established playstyle in ways that would make him more rewarding to play.

Closing In For The Kill

Arguably the most important part of Shadow Assassin is its mobility. That’s why the transformation increases the cast range on his ultimate and the movement speed on Shadow Step, which allows him to walk through walls. But it’s Kayn’s second ability, Blade’s Reach, that we want to talk about. The transformation into Shadow Assassin removes the cast time from the ability allowing Kayn to move freely. It’s a cool evolution and something that changes your approach to combat. And it’s a feature we’d like to move onto Reaping Slash.

Removing the animation at the end of Reaping Slash would make playing Kayn more fluid and it would also be a considerable buff. It’s also a way to improve him without touching any of his numbers. Besides, it makes sense for a slippery assassin to not root himself in place whenever he dashes after an enemy. Granted, this would increase the overall damage he’s able to dish out because by allowing him to auto attack a few times more. But we don’t think the extra damage would make him too strong. And on top of that, making Reaping Slash a more reliable escape will Kayn players to attempt riskier plays. #LCSBIGPLAYS.

Stepping Out Of Zed’s Shadow

Next up is Umbral Trespass, Kayn’s ultimate. His ultimate is as cool as it is unique, but it can have deflating results. There are few things more disappointing than reaching a critically injured enemy, dashing inside their body, and bursting out…only to find them relatively unscathed.

It’s clear that Riot thinks of Umbral Trespass as more of a gap closer and a way to avoid damage, rather than a move to finish off opponents. But it’s still frustrating to have to spend an extra 2 to 3 seconds securing the kill. That’s plenty of time for your target to escape, or even worse–for their team to come after you. What makes this sting, even more, is that Rhaast is better equipped to spend that extra time finishing off an opponent because of his added survivability. That’s why for Shadow Assassin we’d like to see Umbral Trespass deal bonus damage to its target, based on their missing health. The ultimate already has a decent amount of counterplay so it’s okay if it also packed a little extra punch.

Our last change is another addition to Kayn’s ultimate and it involves incorporating more of his very own shadow magic. How cool and, thematically fitting, would it be if after leaping from a victim’s body following Umbral Trespass, Kayn summoned multiple shadow copies of himself. Unlike Zed’s shadow clones, these would appear as perfect duplicates of Kayn himself and be targetable much like LeBlanc’s duplicates. This would sow confusion in the enemy ranks and give Kayn just an extra second to either slip away or attack a new target. It’s another change that would make him more effective without having to fiddle with any damage numbers.

Now obviously, we don’t think Kayn should receive all of these buffs because that would make him completely busted. But it’s almost assured that Kayn, and particularly his Shadow Assassin form, is going to see some changes in the future. Whether they’re buffs or slight tweaks still remains to be seen, but we hope whatever the changes are they not only make him more rewarding to play, but also continue to build on the unique champion base they’ve created.

Getting More Shadow For Your Buck With Kayn