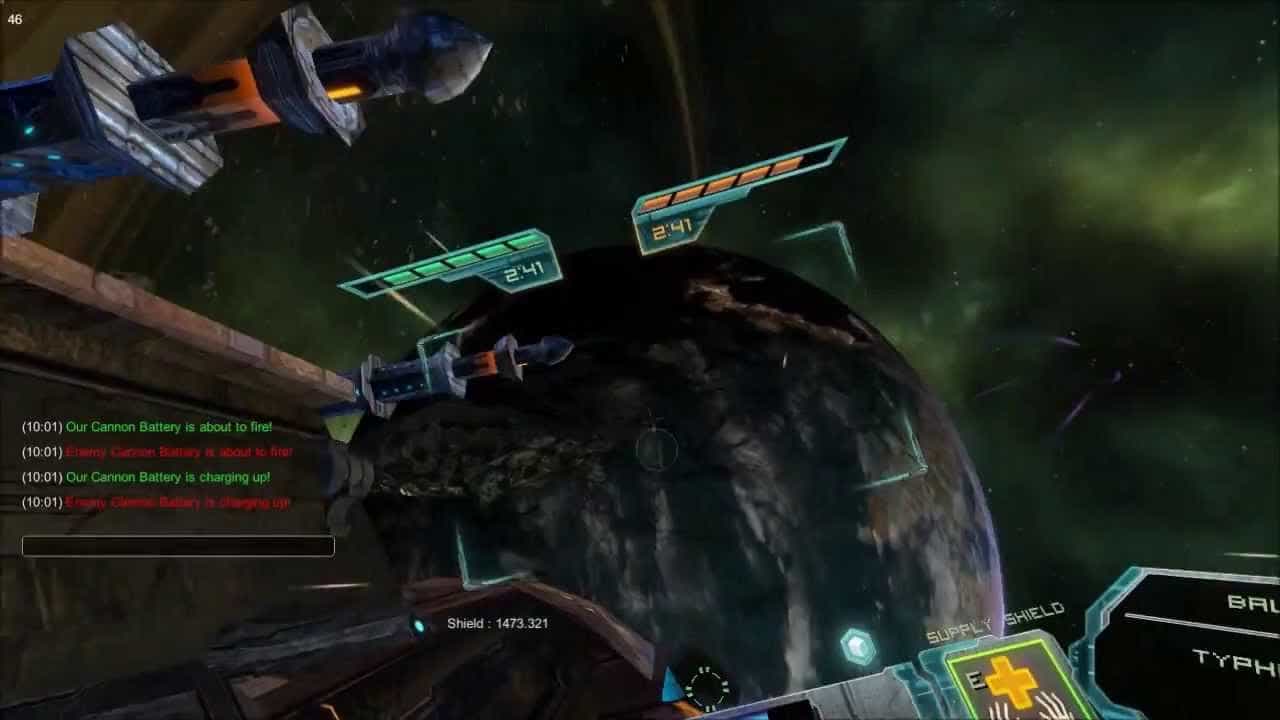 As seen on Todays Daily XP Video!
An independent game developer called Nine Dots Studio has released a preview for their upcoming MMO, GoD Factory: Wingmen. It?s more than a preview in fact, as players can download a public version to see the game?s interface. Those who get a chance to test the game may even get a chance to check out Oculus Rift compatibility; if you?re one of those rare gamers with the VR-glasses just lying around that is.

The MOBA needed some public exposure if it hopes to complete it?s funding on Kickstarter, while also making its way through Steam Greenlight. The multiplayer space combat simulator has a lot going for it to make that possible. There is phenomenal customization over individual vehicles. Players will be able to mix and match weapons, hulls, and travel components to create their own spaceship. The game offers some drastically different species, ranging from dragon-like aliens to robotic plant creatures.
Multiple layers of battle strategy and tactics work wonders in a genre that ultimately requires it.

A trailer has been released to support the launch of the game model?s public download. Considering we give away a gift card for Steam every week, we?d suggest heading over to Steam Greenlight to check this game out. You can always visit the games website, facebook, and twitter for direct information as to when the game will continue to update.