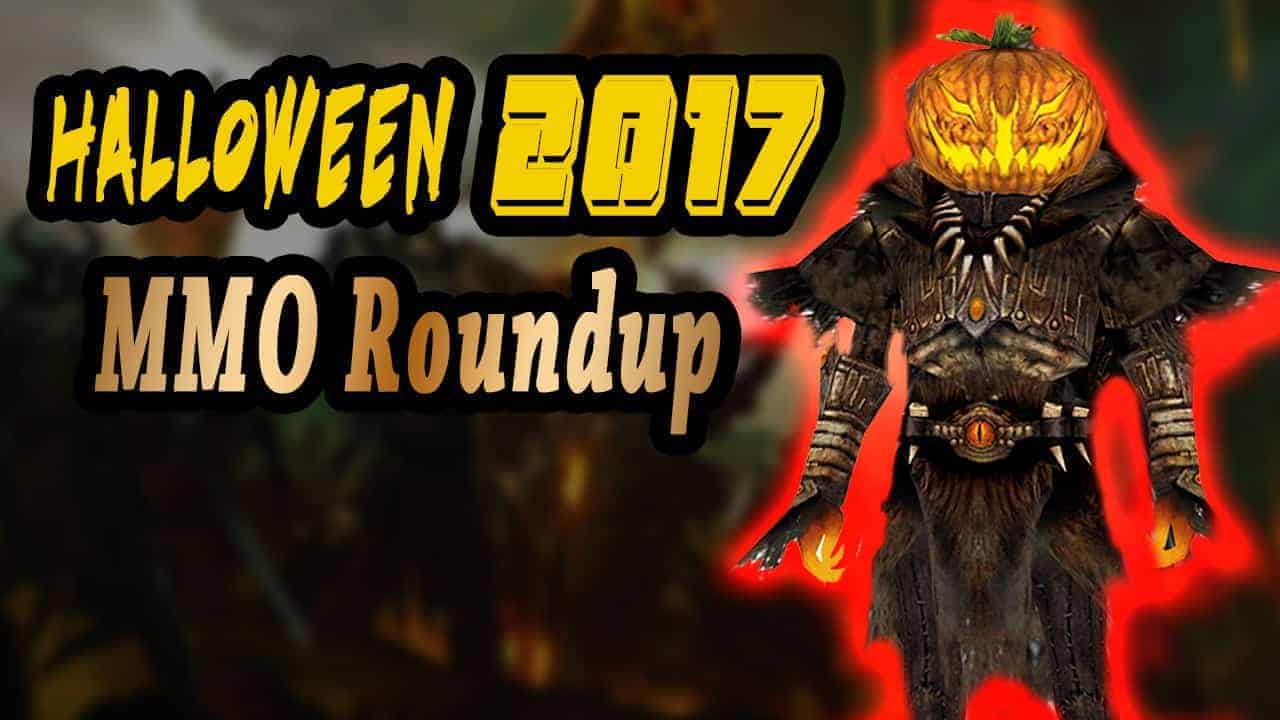 It’s that time of year again. Halloween.The leaves are starting to turn. The crisp fall air has begun to nip at our flesh like an undead kitten. Homes around the neighborhood are strung up with fake cobwebs, and are guarded by inflatable bad guys (with presumably low HP). It’s a time when we gather around and place pumpkins in every crevice, stock up on pounds of cheap candy, and proclaim on Facebook how good a costume we could have made if we “only had the time”. It’s a celebration that has certainly gotten lost in it’s roots, yet here we are. In the frightening spirit of the occasion, developers of some of our favorite digital worlds have drawn up adventures so that even our avatars can enjoy the old Hallows Eve festivities.

Black Desert Online has an exciting package in store for players called Halloween in Wonderland. Upon jumping into a server, you will notice that the towns of Heidel, Valencia, Calpheon, and Velia have all gotten a scary facelift. The moon is blood-red, and all the streets are lit with Jack-O-Lanterns. You will have access to a special mission, in which the White Witch tasks you to take down the Black Witch. Rewards for this week include themed outfits, like the stunning Angelic Queen and Demonic Queen outfits. You can even score a skeletal outfit that turns your horse into a demonic mount!

Longtime Guild Wars 2 players know they’ll have access to all sorts of goodies at the end of October. Their yearly tradition is the Return of the Mad King Thorn. On October 18th, you’ll notice some outposts are decked out in ghoulish Halloween flair, and that word is spreading about the arrival of the Mad King. Then, on October 31st (07:01 UTC), the Mad King will appear in the glowing circle. If you so choose to enter the ring, your battle with him will be a tough one. He is guarded by Necromancers made out of candy corn. Yuck! Only the most disciplined warriors will be able to to keep their lunch down as they fight these ugly beasts and make it to the boss finale. The battle ends with a simon-says type minigame where you must repeat the commands shouted to you. Every time you properly copy a command, you’ll win a Trick-or-Treat Bag, which can contain various sweets or even a Vial of Absinthe! Talk about a wallop of a package for just Halloween, eh?

SWTOR fans will be treated to a scary event from October 17th through the 24th. Recommended for levels 25 and up, players are tasked with responding to an emergency alert from Alderann and combat the spreading waves of the Rakhghoul plague. The organization recruiting you, by the way, is T.H.O.R.N.

The event will have a fair amount of exclusive gear you can earn. You can acquire a new Alliance Contact, two rare mounts, two armor sets, ferocious Rakghoul pets, and more!

It’s a great time to be a new Runescape player and the good folks over at Jagex have a wonderful assortment of events for players new and old. The main event, called the Dimension of the Damned, pits you and your group against waves upon waves of the undead. Luckily for you, you battle as the maxed out version of your account. Killing zombies will earn you points. On October 28th, the fighters with the most points will go through one last round of zombie-survival. The winner is promised “great riches and glory”. I am making an account right now. The Halloween update will also offer lots of great storytelling. New ghost-NPCs will send you on new missions; some that were scripted based on fan submissions, and some written by the dev team.
One thing for certain, there’s no way you can say you had nothing to do this frightful Hallow’s Eve 2017. Happy Halloween!