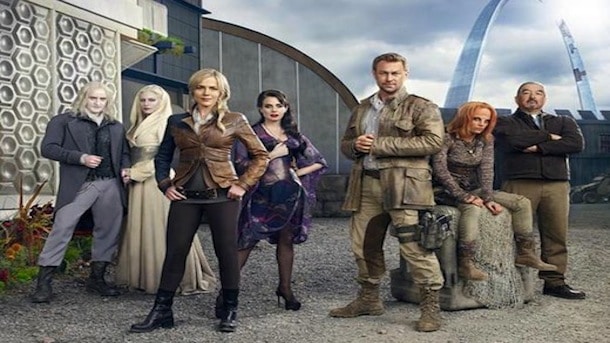 If you’ve been keeping up with Syfy’s Defiance you’ve probably already been introduced to a new antagonist in the form of Rynn. In last weeks episode she entered Defiance with the hopes of unleashing thousands of Hellbugs upon the residents but she was caught before she could fulfill her goal and was arrested. However, Nolan and Amanda were unable to escort her to the location in Las Vegas as she escaped after the land coach was hijacked. She won’t be making an reappearance in the series anytime soon, but Defiance players have the opportunity to change all of that.

Following her recent escape players will now be able to encounter Rynn in Trion Worlds MMO title, Defiance and with her comes her goal of unleashing the dreaded Hellbugs on the world. This marks the beginning of “Hellbug Season”. Players will be tasked with defeating the endless waves of Hellbugs in an attempt to return Rynn to Defiance so that she can make another appearance in the show.

I hate to think of the logistics involved in a project of this size but it’s proving popular as Defiance has been confirmed for a second season. Do you watch the series? Have you played the MMO shooter?