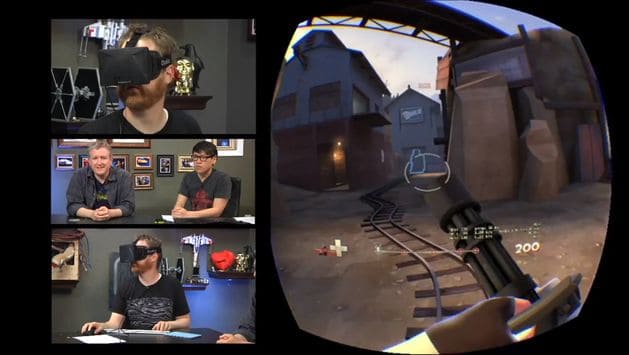 Social networking giant Facebook today announced a new deal that will see the company purchase Oculus VR for around $2 billion. Facebook’s Mark Zuckerberg recently went on record to state that the Oculus VR platform represents the gaming of tomorrow, although Facebook have stated that they have many plans for the VR device outside of gaming including education, communication and entertainment.

“Mobile
is the platform of today, and now we’re also getting ready for the
platforms of tomorrow,” said Facebook founder and CEO, Mark Zuckerberg.
“Oculus has the chance to create the most social platform ever, and
change the way we work, play and communicate.”

“We
are excited to work with Mark and the Facebook team to deliver the very
best virtual reality platform in the world,” said Brendan Iribe,
co-founder and CEO of Oculus VR. “We believe virtual reality will be
heavily defined by social experiences that connect people in magical,
new ways. It is a transformative and disruptive technology, that enables
the world to experience the impossible, and it’s only just the
beginning.”

The deal includes $400 million in cash and 23.1 million Facebook shares (valued at roughly $1.6 billion) with the remainder coming from stock based achievement milestones. Oculus have confirmed that they will continue development of the Oculus Rift in their Irvine headquarters but with Facebook famous for its casual gaming scene and monetization options, many gamers are concerned that the ground-breaking VR headset will be used to deliver a gaming experience akin to Farmville in 3 dimensions.