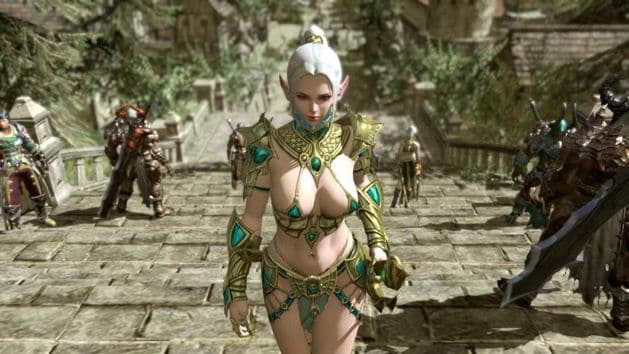 The new trailer highlights the thousands of different customization possibilities for many of the games classes including Gunslinger, Spellsword and Berserker. Not only does the video demonstrate the huge amounts of choice in regards to weapon and armor customization but it also shows the first peek at the physical elements of customization such as hair style and color, facial markings and accessories.

News has been a little quiet on the Western front since the “experience beta test” back in January but what a way to break the silence! You can view the full customization video below: